Shannon Bex net worth: Shannon Bex is an American singer, dancer, and reality television personality who has a net worth of $1 million. Shannon Bex was born in Gresham, Oregon, and began studying ballet when she was in elementary school. From there, she branched out into modern, jazz, and lyrical dance.

After her family relocated to Bend, Oregon, she began performing in theater productions at her high school. She went on to work as a cheerleader for the Portland Trailblazers, and began performing in a cover band after she graduated from high school. She worked as a Portland Trailblazers cheerleader for five seasons, and then finished runner-up on the reality competition series, "Fame". She gained widespread attention when she was chosen to perform as part of the group Danity Kane during "Making the Band 3". After Danity Kane disbanded, she began performing with her own group, Bex, but the band never released an album. She has since focused on launching a solo country career, and she released her first solo single and EP in 2012. 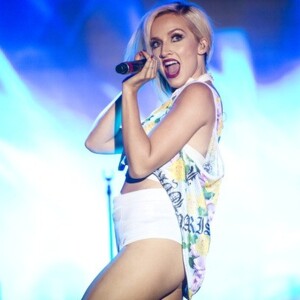