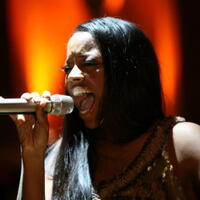 Shanice Wilson net worth: Shanice Wilson is an American pop, rock, and R&B singer who has a net worth of $250 thousand. Shanice Wilson, also known as Shanice Lorraine Wilson-Knox, is commonly referred to as simply, Shanice. Shanice Wilson was born in Pittsburgh, Pennsylvania, and moved to Los Angeles with her mother and aunt when she was a child. Both women were pursuing careers in music, but it was Shanice who began to attract the most attention. They shifted their focus to managing her career. Shanice Wilson began her career in commercials, and then moved to television shows, appearing on the first season of "Kids Incorporated" and competing on "Star Search". She signed with A&M Records when she was 14, and released her first album, "Discovery", that same year. The album spawned two major R&B hits. She then signed with Motown Records and released the album, "Inner Child". Her track, "I Love Your Smile", was a hit worldwide, and reached #2 on the Billboard Hot 100. She has released four more moderately successful albums since then, including 2006's, "Every Woman Dreams". In May 2014, Shanice Wilson and her husband Flex Alexander began appearing together on a reality television called "Flex & Shanice". The show debuted on May 31 on Oprah's OWN network.