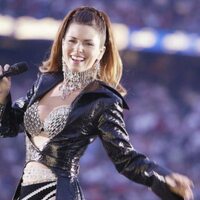 What is Shania Twain's net worth?

Shania Twain is a Canadian country pop singer-songwriter who has a net worth of $400 million dollars. Shania Twain is sometimes referred to as The Queen of Country Pop thanks to her status as one of the best-selling music artists of all time. She has achieved major success both as singer and songwriter, selling more than 100 million records, winning five Grammy Awards, six American Music Awards, eight Billboard Music Awards and 27 BMI Songwriter awards.

Shania Twain was born Eilleen Regina Edwards in Windsor, Ontario on August 28, 1965. Her parents, Sharon and Clarence Edwards, divorced when she was two years old and her mother moved her three daughters to Timmins, Ontario. Sharon married Jerry Twain, who adopted the girls and legally changed their surname to his. Twain has expressed that she had a difficult childhood, with their parents earning little money and food a scarcity in their house.  Her mother and stepfather's relationship was strained from the beginning and Shania often witnessed violence between them. In 1979, her mother drove the girls 420 miles to a Toronto homeless shelter for assistance. Sharon returned to Jerry with the children in 1981. Shania started singing at bars at the age of 8 to try and help pay her family's bills. Twain wrote her first songs at the age of 10: "Is Love a Rose" and "Just Like the Storybooks." At age 13, Twain was invited to perform on the CBC's "Tommy Hunter Show." When she attended high school, she was a singer for a local cover band called Longshot. She graduated from Timmins High in 1983.

After Longshot broke up, Twain performed in a cover band called Flirt and toured all over Ontario with them while taking singing lessons from Toronto voice coach Ian Garrett. She was noticed by Toronto DJ Stan Campbell who took her to Nashville to record demos, which she had difficulty financing. She became friends with regional country singer Mary Bailey who was instantly a fan of Shania's voice. Twain moved into Bailey's house under a recording contract and practiced her music for hours a day and continued to record demos. She met John Kim Bell who had close contacts with the Canadian Country Music Association. The two secretly began dating. Her first big break came when Bell staged a fundraiser in 1987 at which Shania performed at. On November 1, 1987, Shania's mother and stepfather tragically died in a car accident. She put her singing career on hold and moved back home to take care of her younger siblings. She performed at the Deerhurst Resort in Ontario to support them. Several years later, after her siblings moved out on their own, she assembled a demo tape and caught the attention of several labels, including Mercury Nashville Records. They signed her within a few months.

Shania released her first album "Shania Twain" in 1993. This album wasn't a huge success when it was first released but eventually sold one million copies after her subsequent albums shot her to superstar status. The album gained her recognition and audiences outside of Canada. The album only reached No. 67 on the US Country Albums Chart but it was positively acclaimed in reviews. The album found success in Europe where Twain won the Country Music TV Europe's Rising Video Star of the Year Award.

It was Shania's 1995 album "The Woman in Me" that launched her career. This album sold 4 million copies in its first year of release and eventually sold 12 million copies. "The Woman in Me" boasted such hits like "Whose Bed Have Your Boots Been Under?", "You Win My Love" and "No One Needs to Know." The album picked up the Grammy for Best Country Album as well as Album of the Year at the Academy of Country Music awards.

Her next album, 1997's "Come On Over" became the best-selling studio album of all time by a female act in any genre and the best-selling country album of all time after selling more than 40 million copies worldwide. This album contained probably two of her most well-known songs to date, "Man! I Feel Like a Woman", and "You're Still the One." The album stayed on the charts for two years and won four Grammy Awards, including Best Country Song and Best Female Country Performance. The songs drew further European attention and "That Don't Impress Me Much" became a No. 3 hit in the UK and Top 10 in Germany in the summer of 1999. Additionally, a remix of "You've Got a Way" appeared on the "Notting Hill" soundtrack. Billboard declared Shania the most played artist on American radio in 1999. She launched her first major headlining concert tour in 1998. 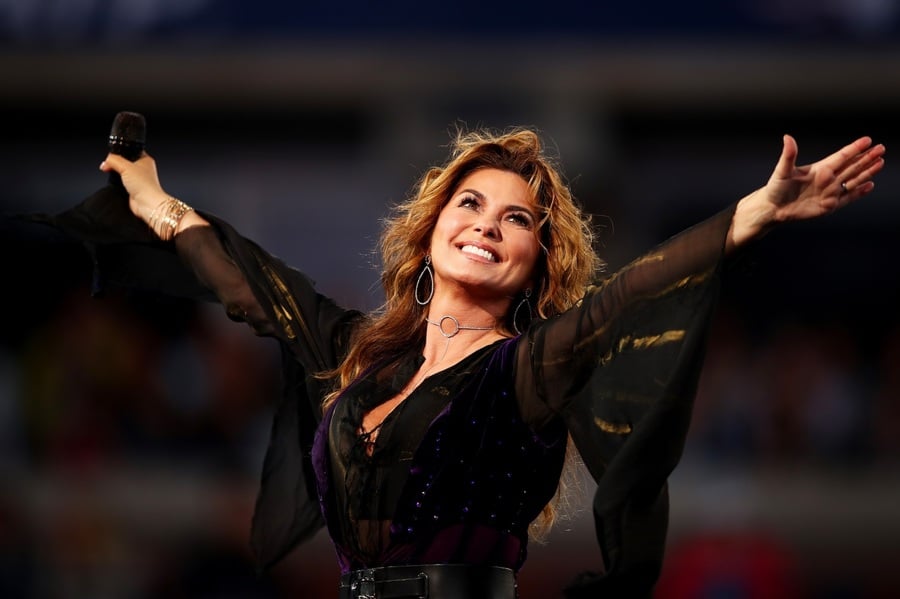 Shania Twain's autobiography was published in 2011. In addition to singing, Twain portrayed herself in the 2011 TV series, "Why Not? with Shania Twain", in which she told her story from poverty and tragic personal life to becoming one of the best-selling female artists ever. In June of 2011, Twain received a star on the Hollywood Walk of Fame. Today she is the second best-selling artist in Canada, behind Céline Dion, as well as the first (and currently only) female artist in history to have three consecutive albums reach diamond status, certified by the RIAA.

Shania met super-producer Mutt Lange in 1993. They were married later that same year and had a child together in 2001. In 2008, it was revealed that Mutt had cheated on Shania with her best friend, a woman named Marie-Anne Thiebaud. They separated and were divorced in June 2010. In December 2010, Shania became engaged to business executive Frederic Thiebaud … the ex-husband of Marie-Anne! They married in January 2011.

Shania is a longtime resident of Switzerland. She also reportedly owns homes in the Bahamas, New Zealand, New York and Florida. She previously owned a luxury resort in New Zealand called Mahu Whenua that spans many acres and features rooms that rent out for as much as $15,000 PER NIGHT!