Shanell Net Worth: Shanell is an American singer-songwriter who has a net worth of $2 million. Shanell was born in Anaheim, California in October 1980. She is the sister of recording artist D. Woods. Shanell is a classically trained dancer and started her career as a music video dancer and worked for artists such as Ciara.

She started dancing by day and writing songs by night. Shanell became Ne-Yo's main dancer and signed with his publishing company. She has written songs for Ne-Yo, Danity Kane, Kelis, Jennifer Hudson, and Melanie Fiona. Shanell met Lil Wayne and signed with Young Money Entertainment and opened for him on his I Am Music Tour and the I Am Music II Tour. Her debut studio album A Taste of Shanell aka Snl was released on Young Money in 2009. Since then she has released the albums Shut Up and Listen, Nobody's Bitch, Midnight Mimosas, and Nobody's Bitch 2. She was featured on the album We Are Young Money in 2009 which hit #1 on the US Rap chart and the 2014 album Young Money: Rise of an Empire which hit #2. Her singles include "My Button", "So Good" featuring Lil Wayne and Drake, "Last Time" featuring Busta Rhymes, and "Catch Me At The Light" featuring Yo Gotti. 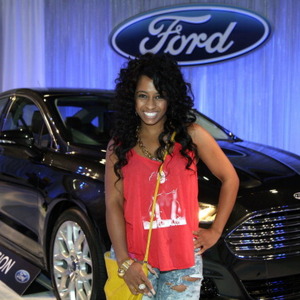