Shane McAnally net worth: Shane McAnally is an American country music singer, songwriter, and record producer who has a net worth of $10 million. Shane McAnally was born in Mineral Wells, Texas in October 1974. He released his self-titled album in 2000 featuring the single "Are Your Eyes Still Blue" which reached #1 on the US Country chart.

McAnally then focused on songwriting and producing and has written and produced songs for artists including Kacey Musgraves, Sam Hunt, Kelly Clarkson, Kenny Chesney, Jake Owen, Reba McEntire, The Band Perry, Luke Bryan, Keith Urban, Lady Antebellum, Dierks Bentley, Miranda lambert, and many more. Shane McAnally won Songwriter of the Year from the Academy of Country Music in 2014 and also won Best Country Album and Best Country Song at the Grammy Awards that year. He was named the Hot Country Songwriter of the Year by Billboard in 2015. In 2017 he relaunched Monument Records as co-president with Jake Owen. In 2017 Shane McAnally was featured on the TV series Songland. 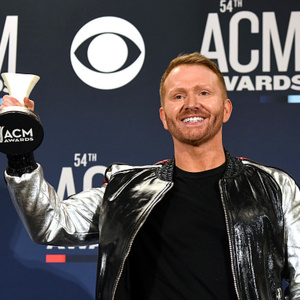