Shamari Fears net worth: Shamari Fears is an American R&B singer, dancer, and actress who has a net worth of $4 million. Shamari Fears was born in Detroit, Michigan in February 1980. She is best known for being the lead singer of the group Blaque. The group formed in 1996 and released their self-titled debut studio album which reached #23 on the US R&B chart and #53 on the Billboard 200 chart.

Their singles "808" and "Bring It All to Me" both reached the Top 10 on the Billboard Hot 100 chart. Fears also appeared on the 2001 Bell Biv DeVoe album Da Hot S***.  As an actress she appeared in the movies Bring It On and Honey. In 2018 she began starring on the reality television series The Real Housewives of Atlanta. Fears has appeared in the music videos "Ladies Night" by Lil' Kim and "Welcome To Atlanta" by Ludacris. Shamari Fears has been married to fellow singer Ronnie DeVoe since 2006. 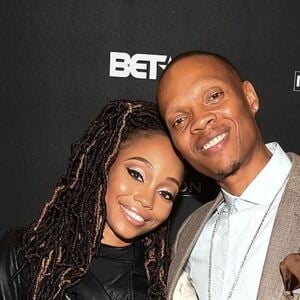