Shalim Ortiz Net Worth: Shalim Ortiz is a Puerto Rican singer/actor who has a net worth of $5 million. Shalim Ortiz was born February 26, 1979 in San Juan, Puerto Rico. He is the eldest son of Puerto Rican entertainer Elin Ortiz and Domincan singer and television presenter Charytin Goyco.

In 2007, Ortiz starred as Miguel in the romantic web series Engaged and also portrayed the character Alejandro Herrera on Heroes; his character was killed off in the second season. He guest-starred in an episode of Cory in the House (as Bahavian singer Nanoosh) and is also featured in the Hallmark Channel movie Expecting a Miracle, which first premiered January 10, 2009. Shalim Ortiz has also guest-starred in mainstream series such as Cold Case (TV series) and CSI Miami. He was part of Maneater (2009 miniseries) for Lifetime (TV network) (portraying the character Pablo). In 2012, Shalim Ortiz joined the cast of Una Maid en Manhattan for NBC-Telemundo as the character Frank Varela, who fights for the love of Marisa, played by actress Litzy. Most recently, Ortiz joined the cast of the Starz Network's critically acclaimed series Magic City, portraying Antonio Rivas, a Cuban millionaire after the heart of character Mercedes Lazaro (portrayed by Dominik Garcia-Lorido). He was also cast in the telenovela Dama y Obrero. Shalim Ortiz has been named five times as one of the 50 Most Beautiful People (Spanish version) and one of the 30 Most Influential Latinos Under the Age of 30 by Latino Future Magazine. 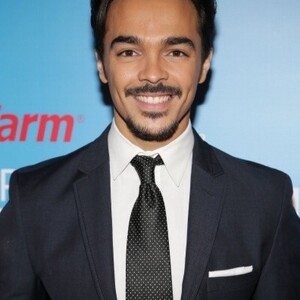