What is Shaggy's Net Worth?

Shaggy was born Orville Richard Burrell on October 22, 1968, in Kingston, Jamaica. His parents, Lorraine and Clinton, moved the family to Brooklyn, New York City, when Shaggy was 7 years old. He attended Erasmus Hall High and began taking singing lessons in 1987. The following year, he was discovered while singing with his friends on the streets of New York City. In 1988, Shaggy enlisted in the U.S. Marine Corps and earned the Military Occupational Specialty (MOS) of Field Artillery Cannon Crewman (0811). During the Persian Gulf War, he served in the 10th Marine Regiment with a Field Artillery Battery. Lance corporal was Shaggy's highest rank during his time in the military, but his rank was reduced twice. In a 2011 interview with the "Military Times," Shaggy stated, "My big problem was being AWOL. I was driving up to New York every weekend to do music. Sometimes I got back late. And I'm a guy with a big mouth, and I mouthed off a lot. So, you know, things like that will get you busted."

Shaggy had his first hit in 1993 with "Oh Carolina," which reached the top 10 on the charts in the U.K., Australia, New Zealand, Austria, Germany, Switzerland, and the Netherlands. He released his debut studio album, "Pure Pleasure," on August 24, 1993, and that year he was also featured on Kenny Dope's "The Unreleased Project" album. Shaggy followed "Pure Pleasure" with 1994's "Original Doberman" and found more success with 1995's "Boombastic," which went Platinum in the U.S. The title track topped the "Billboard" Hot R&B/Hip-Hop Songs charts as well as the charts in Australia, New Zealand, and the U.K. Another single from the album, "In the Summertime" (featuring Rayvon), reached #1 on the Hot R&B/Hip-Hop Songs chart and the Hot Rap Songs chart. He released the album "Midnite Lover" in 1997, and after he was dropped by Virgin Records two years later, he signed with DreamWorks Records (which was sold to Universal Music Group in 2003).

Shaggy released his fifth album, "Hot Shot," in 2000, and it was certified 3× Platinum or higher in five countries. The singles "Angel" (featuring Rayvon) and "It Wasn't Me" (featuring Rikrok) both reached #1 on the "Billboard" Hot 100, and the "Billboard" Year-End charts ranked "Hot Shot" 2001's second most successful album. After the massive success of "Hot Shot," Shaggy released the albums "Lucky Day" (2002) and "Clothes Drop" (2005), and he performed the "Scooby-Doo" theme song, renamed "Shaggy, Where Are You?," on the soundtrack for the 2002 live-action feature film version of the cartoon. Also in 2002, he recorded the theme for the Eddie Murphy/Robert De Niro film "Showtime" and the track "Me Julie" (with Sacha Baron Cohen) for the "Ali G Indahouse" soundtrack. Shaggy performed on the 2004 Toots and the Maytals album "True Love," which won a Grammy for Best Reggae Album. 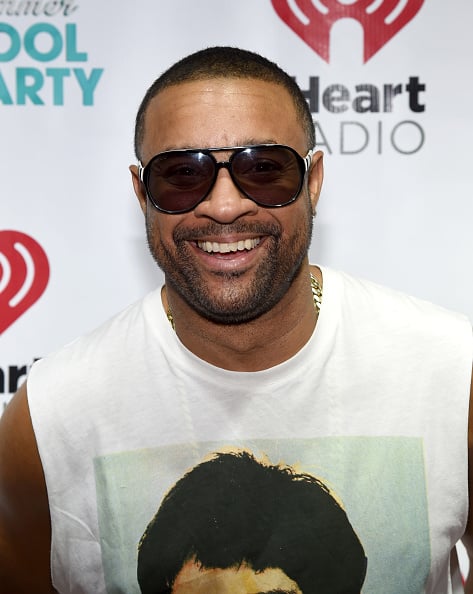 Shaggy left Universal in 2007 and later that year, he released the album "Intoxication" on his own label, Big Yard Records. In 2008, he released the DVD "Shaggy – Live," and in 2010, he took part in the recording of the charity single "Rise Again," which benefited victims of the Haiti earthquake. Shaggy released two albums in 2011, "Shaggy & Friends" and "Summer in Kingston," then followed them with 2012's "Rise" and 2013's "Out of Many, One Music." In 2018, Shaggy and Sting released the album "44/876" and went on tour together. In 2019, Shaggy released the album "Wah Gwaan?!" and starred in the ABC musical "The Little Mermaid Live!" as Sebastian. In 2020, he released an updated version of "Hot Shot" called "Hot Shot 2020," and in 2021, he appeared in a Cheetos Super Bowl ad with Mila Kunis and Ashton Kutcher.

Shaggy married art director Rebecca Packer on July 12, 2014, after 16 years of dating. They have three daughters, Sydney and twins Madison and Kelsey, and Shaggy has two sons from a previous relationship, Richard Jr. and Tyler. Richard is a rapper who goes by the stage name Robb Bank$. After visiting a friend's child at Bustamante Hospital for Children in Kingston, Jamaica, in 2001, Shaggy launched the charitable organization Shaggy Make A Difference Foundation, which is dedicated to "improving the physical needs of the Hospital." He has donated ventilators and other equipment to the hospital, and in 2009, he raised $300,000 for the hospital with a fundraising event called the "Shaggy and Friends Benefit Concert." The concert became a biennial event and has raised over $1.6 million for the hospital so far, aiding in the purchase of more than 450 pieces of much-needed equipment.

In January 2021, Shaggy paid $2.2 million for a 5,756 square foot home in Coral Gables, Florida. The home includes five bedrooms, 4.5 bathrooms, vaulted ceilings, and glass walls. The home sits on half an acre, and the property features a swimming pool and a fountain with a mermaid statue. 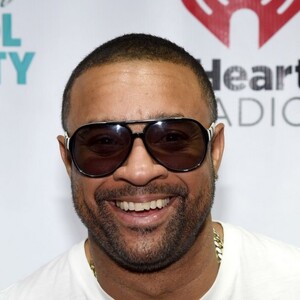