Sevyn Streeter net worth: Sevyn Streeter is an American rapper and singer-songwriter who has a net worth of $4 million. Sevyn Streeter was born in Haines City, Florida in July 1986. She is best known for being a member of the girl groups RichGirl and TG4 using the name Se7en.

She got her first record deal at 15 years old as part of the girl group TG4. Their biggest hit was the single "Virginity" which reached #88 on the US Billboard R&B chart in 2002. Streeter was also a member of the girl group RichGirl which had two singles in Top 100 of the US R&B Charts with "He Ain't wit Me Now (Tho)" and "Swagger Right" (featuring Rick Ross and Fabolous). She signed with Atlantic Records as a solo artist and released her debut studio album Call Me Crazy, But… in 2013. The album reached #3 on the US R&B chart and #30 on the Billboard 200. Her single "It Won't Stop" (featuring Chris Brown) was certified Gold and reached #4 on the US R&B chart. Streeter has written songs for artists like Kelly Rowland, Trey Songz, Chris Brown, Ariana Grande, Brandy, Alicia Keys, and more. In 2014 she was nominated for a Soul Train Award for Best New Artist. 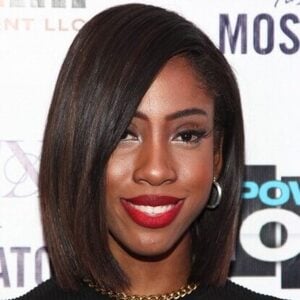