Severina Vučković net worth: Severina Vučković is a Croatian pop-folk singer who has a net worth of $5 million. Severina Vučković was born in Split, SR Croatia, Yugoslavia in April 1972. She is one of the most popular singers in Croatia and the Balkans and was named one of the 100 most influential Croats in 2006. Severina Vučković represented Croatia at the Eurovision Song Contest in 2006 and finished in 12th place. She was the most Googled person in Croatia and Slovenia in 2015. Vučković released her debut studio album in 1990 and has released a total of 11 studio albums, three EPs, and four live albums. In 2004, Severina was involved in an international scandal when a sex tape featuring her and a businessman was leaked onto the internet. Severina was married at the time. In 2012 she has a child with a different businessman. Severina married Serbian soccer player Igor Kojic in 2015. 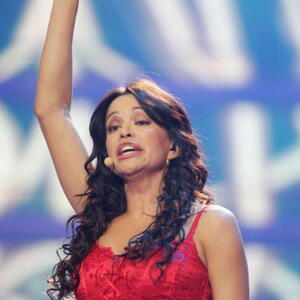