Seungri net worth: Seungri is a South Korean singer-songwriter and actor who has a net worth of $25 million. Seungri was born in Gwangju, South Korea in December 1990. He is known for being the youngest member of the South Korean boy band Big Bang. The group debuted in 2006 and have released three albums in Korean and five albums in Japanese. Big Bang has had two studio albums, five extended plays, and three live albums reach #1 in Japan. They have also had numerous #1 singles in Korea. Seungri released his debut solo studio album V.V.I.P. in 2011 and it reached #1 in Korea as did his 2013 album Let's Talk About Love. As an actor Seungri has starred in Intimate Note, Show! Music Core, Family Outing, 1 Night 2 Days, Enjoy Today, Night After Night, Running Man, Infinite Challenge, Healing Camp, Aren't You Happy, Go Show, Lights and Shadows, Angel Eyes, and Nineteen. He was nominated for a Mnet Asian Music Award in 2013 for Best Dance Performance – Male Solo for "Gotta Talk To U". Seungri has invested in a dance Academy, nightclubs, sports teams, restaurants and even a record label. Seungri speaks Korean, English, Chinese, Japanese and Cantonese.

Controversy: In 2019 Seungri retired from the entertainment industry and public life in general after getting wrapped up in a prostitution scandal. He allegedly was involved in offering foreign investors prostitutes when they visited a club he co-owned called Burning Sun. An arrest warrant was issued then retracted. As of this writing he is still being investigated on seven charges: procuring sex service, prostitution mediation, embezzlement of business funds for hiring a legal representative, embezzlement of club Burning Sun revenues, attempt at destruction of evidence, distribution of illegally-filmed content via social platforms, and violation of the Food Sanitation Act. 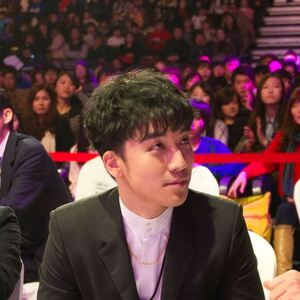