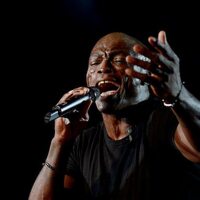 What is Seal's net worth?

Seal is a British singer and songwriter who has a net worth of $40 million. Seal made a massive name for himself in the early 90s, winning multiple music awards in Britain, and making waves in the United States, with the release of his first album, "Seal".  His ballads were a funky musical mixture that existed at the intersection of pop, R&B, and soul, and managed to have a sound that was instantly recognizable as his alone.  Soundtrack hits, such as "Kissed From a Rose", further cemented his superstar status.  With multiple Grammy wins, Platinum and Gold selling albums, and a handful of Top 10 hits, the only thing the notoriously shy rockstar needed, was an equally high-profile partner.  When he married supermodel and successful entrepreneur/producer, Heidi Klum, in 2005 it seemed like the ultimate match. They separated in 2014. The news was meant with genuine surprise by just about everyone.  They had long been considered one of Hollywood's stronger "power couples".  Both halves of the couple have happily moved on and continued to thrive both in their personal lives and respective careers.

Seal was born Henry Olusegun Olumide Adeola Samuel on February 19, 1963 at St. Mary's Hospital in London, England. He was raised by a foster family in Paddington, a district of the city of Westminster in inner London. Seal's brother, Jeymes Samuel ("The Bullitts"), is also an accomplished singer-songwriter. Seal graduated with an associate's degree in architecture, and worked various places in the London area. Seal has revealed in interviews that his facial scars are the result of a condition called discoid lupus erythematosus, which attacks the immune system. It affects the skin and results in large amounts of scarring. Seal began developing this around the age of 23. 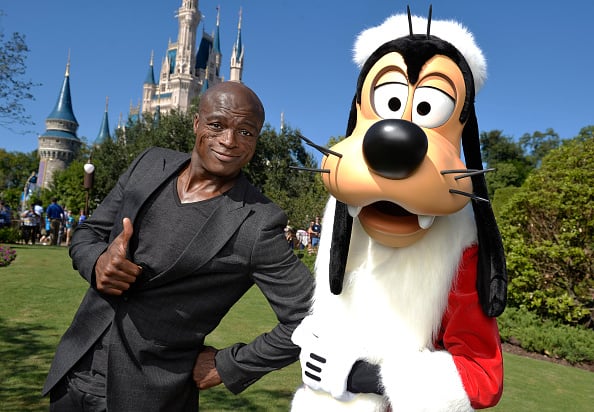 Seal began his music career singing in local pubs, and in 1980 he joined up with British funk band "Push" on their tour through Japan, Thailand, and India. He later met the producer Adamski, who gave him the lyrics to the song "Killer" which became his first big hit. The single eventually reached number one in the UK. Seal was subsequently signed to ZTT Records (the label of producer Trever Horn), and his first album, "Seal", was released in 1991 and received overwhelmingly positive reviews. Two other singles "Crazy", "Future Love Paradise", performed well on the charts. "Crazy" became an international hit in 1991. Seal made his on-stage debut at the 1992 Brit Awards at the Hammersmith Odeon in London where he proceeded to wow fans and critics alike with his performance. He won awards in three different categories.

In 1994, Seal released his second album, "Seal 2". It was another commercial and critical success, featuring the singles "Prayer for the Dying" and "Newborn Friend". It was nominated for a Grammy for Album of the Year. The third single, "Kiss from a Rose", performed only modestly at first release. However, it blew up when it was remixed for the soundtrack of "Batman Forever". "Kiss from a Rose" went on to collect Grammy Awards for Record of the Year, Song of the Year, and Best Male Pop Performance in 1996. It became Seal's best-performing single on the U.S. market and remains one of his most memorable and popular songs to date. That track alone catapulted "Seal 2" to multi-platinum status. Later that year, Seal contributed to the "Space Jam" soundtrack with his cover of Steve Miller Band's "Fly Like an Eagle".

Seal released his third album in 1998, "Human Being." For this album, he parted with ZTT Records and signed with Warner Bros. In 2001, fans waited hungrily for the arrival of a new album, "Togetherland." However, it was canceled before it came out, and only one single was released. 2003 saw the release of his fourth album, "Seal IV", which brought him back to popularity in the U.S. Seal went on to release three more albums: "System" in 2007, "Seal 6: Commitment" in 2010, and 2015's "7". "Seal 6: Commitment", was said to be inspired by his then-wife, Heidi.

He has also released three cover albums, "Soul", "Soul 2", and "Standards." These albums feature covers of classic R&B hits from the likes of Otis Redding, Curtis Mayfield, Ben E. King, among others.

Seal has collaborated with and lent his contributing vocals throughout the years to various fellow musicians. He has also performed in many charity events as part of an ensemble. He joined Band Aid 30 along with other UK and Irish pop acts to record "Do They Know It's Christmas?" at Sarm West Studios in Notting Hill, London. The performance raised money for the 2014 Ebola crisis in West Africa. He also performed a cover of "Manic Depression" with Jeff Beck for the 1993 album "Stone Free: A Tribute to Jimi Hendrix." Seal contributed vocals to a cover of "Imagine" by John Lennon for the 2010 Herbie Hancock album "The Imagine Project." 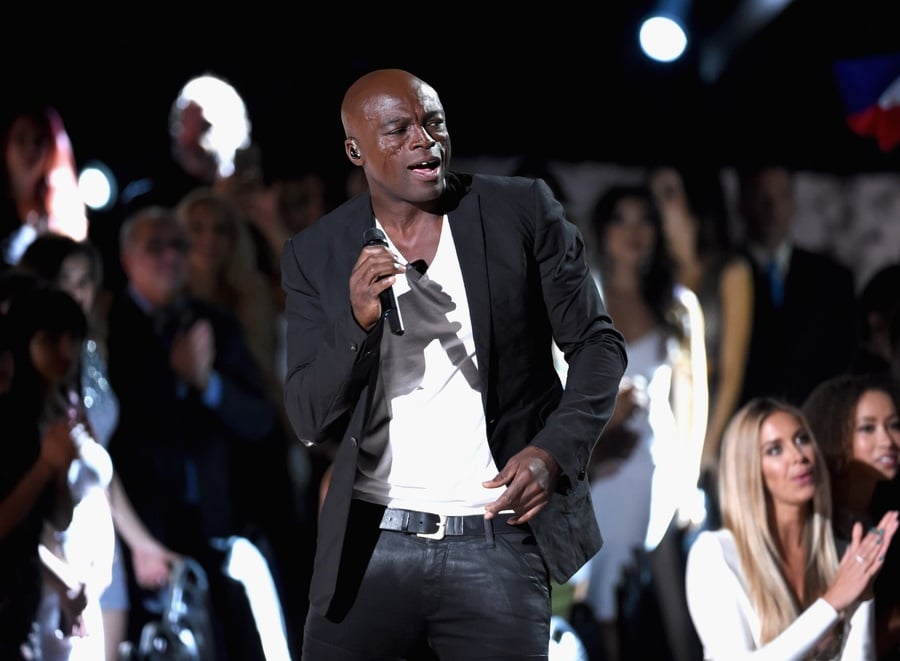 In 2012, Seal was one of four vocal coaches in season one of the Australian version of reality singing competition "The Voice". He ended up being the coach of the series winner, Karise Eden. Seal returned for season two of the show, where he became the winning coach once again to winner Harrison Craig. He took a break from season three of the show but returned to "The Voice" as a coach in 2017.

In 2017, Seal was a guest judge for the 12th season of "America's Got Talent". In the second season of the U.S. version of "The Masked Singer", Seal performed as The Leopard. He finished in fourth place.

Seal dated Tyra Banks in the early part of his career. Seal and German Model Heidi Klum began dating in February 2004. Shortly before, she had announced both her pregnancy and the end of her relationship with Flavio Briatore. Seal proposed to Heidi in December 2004, in an ice hut he had built on top of a glacier in Whistler, British Columbia. Heidi gave birth to Briatore's daughter, Helene "Leni" Boshoven Klum in May 2004 in New York City, with Seal by her side. Briatore is not involved in Leni's life, according to Klum, and Seal acted as her only father figure. Seal officially adopted Leni in 2009.

Seal and Klum married in May 2005. They renewed their vows every year with close friends and family. The two have three other children: two sons born in September 2005 and November 2006, and a daughter born in October 2009. Seal and Klum announced they were separating after seven years together in January 2012. Their divorce was finalized in October 2014.

In 2019, Seal paid a bit over $3.5 million for a 3,600 square foot, secluded mountain top vista in Topanga, California. Before that, he (along with Heidi) owned an opulent mansion in L.A.'s Brentwood Country Estates community. It sold for $24 million around the time of their divorce.