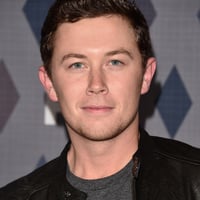 Scotty Mccreery net worth: Scotty McCreery is an American singer and reality TV contestant who has a net worth of $4 million. Born in Garner, North Carolina, Scotty McCreery began playing guitar when he was in elementary school and sang in various vocal ensembles throughout his high school years. He won various North Carolina-based singing contests and performed at festivals and functions. He auditioned for the tenth season of the reality talent show, "American Idol", and was picked to join the group of finalists. During his time on the show, he performed consistently and never appeared in the bottom two or three. He subsequently won the content, becoming the second youngest winner at age 17. His first single, "I Love You This Big" was released in August of 2011 and subsequently went gold. His debut album was released in October of 2011. Scotty made history when he became the first country artist to top the Billboard 200 with a debut album. He released his second album, Christmas with Scotty McCreery, in October 2012. He released his third album, See You Tonight, in October 2015.