Scott Grimes net worth: Scott Grimes is an American actor, voice actor, singer and songwriter who has a net worth of $5 million. Scott Grimes was born in Lowell, Massachusetts in July 1971. As an actor he starred as Jack Randall in the television series Nothing Is Easy from 1986 to 1987. From 1996 to 1997 he starred as Garth in the TV series Goode Behavior. Grimes starred as Will McCorkle in the series Party of Five from 1994 to 2000. In 2001 he starred in the TV mini-series Band of Brothers as Donald G. Malarkey. Grimes starred as Archie Morris in the television series ER from 2003 to 2009. He has voiced the role of Steve Smith in the TV series American Dad! since 2005 and also voiced the role of Kevin Swanson in the series Family Guy from 2011 to 2015. Grimes has also starred in movies including The Night They Saved Christmas, Crimson Tide, Robin Hood, and Winter's Tale. Grimes has released the albums Scott Grimes in 1989, Livin' on the Run in 2005, and Drive in 2010. His single "Sunset Blvd" reached #18 on the US Adult Contemporary chart. 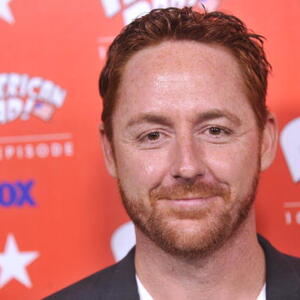