Savvy net worth: Savvy is an American pop group who has a net worth of $200 thousand. Savvy began performing together in 2004 and is made up of five young artists, who were originally solo performers. The group members are Alan Shaw, Andrew Bowen Stern, Drew Reinartz, Gabrielle "GiGi" LeMaire, and Shaylen Carroll. Their first album, "The Road to Fame", was a success, and led to the development of their own television show, "The Wannabes". The show has become immensely popular overseas, and is currently the #1 kid's show on HBO in Latin America, and it regularly cracks the Top 5 in Australia. They also released the hit songs, "Dance With Me Now" and "SMS (Sing My Song)". After touring as part of Radio Disney's line-up, their television series was picked up by Starz Kids & Family. This led to a recording deal offer from Cash Money Records. They are currently working on their first major label release with producers for Cash Money. 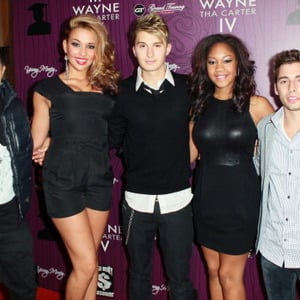