How much is Sarah McLachlan Worth?

Sarah McLachlan Net Worth: Sarah McLachlan is a Canadian musician, singer and songwriter who has a net worth of $45 million. As of this writing, Sarah McLachlan has sold more than 50 million albums worldwide. She also founded the touring concert series "Lilith Fair", which is a music festival showcasing female artists. She was born Sarah Ann McLachlan on January 28, 1968, in Halifax, Nova Scotia, Canada. She began studying classical piano, singing and guitar, from an early age. McLachlan made her mainstream debut in 1988. Her first two records, Touch and Solace, were received well both from audiences and critics, giving the green light for future success. It came as no surprise that McLachlan's 1993 release, Fumbling Toward Ecstasy, turned her into an international star. Her consistent touring and the release of six more albums resulted in selling over 50 million albums worldwide. Her best-selling studio album to date is Surfacing (1997), which fetched her two Grammys (out of four nominations), along with four Juno Awards. In addition to her award-winning personal artistic efforts, she organized the series of concerts known as the Lilith Fair taking place from 1997 to 1999. Furthermore, she has been known as a highly visible supporter of the ASPCA since 2006, among other charities. 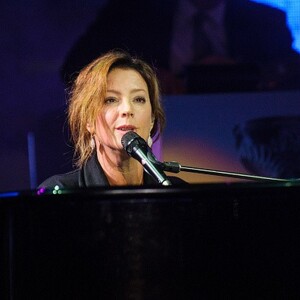