What was Sarah Harding's Net Worth?

Sarah Harding was an English singer-songwriter, actress, and model who was best known for being a member of the pop group Girls Aloud. Sarah Harding had a net worth of $9 million at the time of her death.

Harding first rose to prominence after appearing in the ITV reality show "Popstars: The Rivals." Through this reality competition, Sarah won a place in the girl group Girls Aloud. As a member of this incredibly successful music group, Harding released a number of chart-topping hits and six platinum albums.

Sarah Nicole Harding was born on November 17th of 1981 in Ascot, Berkshire, England. Raised alongside two half brothers, Harding studied hair and beauty at Stockport College after graduating from high school in 1998. Over the next few years, Harding worked a number of odd jobs. She had a stint working as a promoter for nightclubs in Stockport, and she also worked at Pizza Hut. Other jobs included driving a van, collecting debts, and telephone marketing.

While making ends meet, Harding also managed to advance her music career. She performed in local pubs, social clubs, and caravan parks. In 2002, she auditioned for "Popstars: The Rivals" and "Fame Academy." Hedging her bets, Sarah also entered a beauty contest run by FHM, although she pulled out when she started to become successful through "Popstars: The Rivals."

After auditioning for "Popstars," Harding was chosen as one of the ten finalists. Each week, a different girl was eliminated from the group via an audience vote. Eventually, Harding and four other girls became a new pop group called Girls Aloud. The other four members were Nadine Coyle, Cheryl Tweedy, Nicola Roberts, and Kimberly Walsh.

In 2002, Girls Aloud released their first single, entitled "Sound of the Underground." It peaked at number one on the UK charts, thereby defeating the boy band that had also been formed as part of "Popstars." This also meant that Girls Aloud had topped the charts faster than any other group after becoming formed – a record they still hold today. Their debut album "Sound of the Underground" was subsequently released and soon achieved platinum status.

Over the next few years, Girls Aloud continued to release number-one singles and platinum albums. They were also nominated for five Brit Awards and amassed tens of millions of pounds in net worth, becoming one of the most financially successful reality groups of all time. In total, they have sold more than 4.6 million albums in the UK alone. 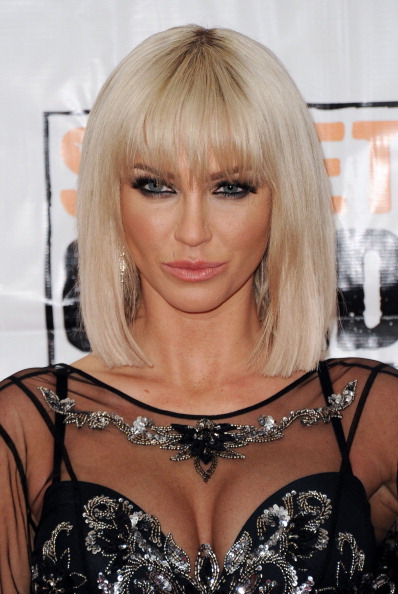 While Harding was experiencing success with Girls Aloud, she also ventured into other pursuits. Sarah signed a 100,000-pound deal with Ultimo lingerie in 2006, and in 2007 she appeared in the film "St. Trinian's." Over the next few years, Sarah continued to appear in a range of other films and television series, especially after the group took a hiatus in 2009. Her acting projects included films like "Freefall" and "Run for Your Wife." During this period, Harding also continued to release music as a solo artist.

Although Girls Aloud reunited in 2012, they split permanently in 2013. This prompted Sarah to take her solo music career more seriously and take further acting roles. In 2015, she released an EP called "Threads." That year, she also appeared on TV series such as "Coronation Street" and "Celebrity MasterChef." In 2017, she also appeared on the twentieth series of "Celebrity Big Brother," eventually winning the competition that year.

Sarah Harding is famous for being in a number of high-profile relationships over the years. In 2011, she became engaged to her boyfriend Tom Crane. She had been dating the DJ for many years prior to their engagement. However, the pair called off the relationship. In 2012, Harding began dating DJ Mark Foster. Their relationship lasted until 2014. In addition, Harding was romantically linked to an American reality TV star called Chad Johnson for many years.

Sarah Harding has struggled with substance abuse issues in the past. In 2011, she checked herself into rehab after admitting she had become dependent on alcohol. Over the next few years, she cut down on her alcohol consumption without actually quitting completely.

In 2013, Sarah's driving license was suspended for six months after she was caught speeding in London. At this point, she already had a number of "points" on her license as a result of prior driving offenses.

In 2020, Sarah Harding revealed that she had been diagnosed with breast cancer. Not only that, but she also stated that her cancer had spread throughout her body.

In 2008, it was revealed that Sarah Harding had purchased a home in St. Peter Chalfont, Buckinghamshire. She had previously lived in Camden, although reports stated that the singer was thinking of "settling down" with her then-boyfriend Tom Crane with this latest acquisition. In 2010, Harding reportedly purchased another home in Ibiza with Tom Crane. The couple decided to buy property on the Spanish island because they were spending so much time there.

In 2017, Sarah Harding reportedly put her four-bedroom home in Cadsden, Buckinghamshire up for sale after becoming more serious about her new boyfriend, Chad Johnson. She reportedly wanted to relocate to Los Angeles in order to be closer to Johnson. In 2019, Harding was apparently still living in Buckinghamshire despite selling her mansion two years prior. However, she was renting at this point. Sarah also ran into trouble when her pets defecated all over the property, causing 17,000 pounds' worth of damages. Her landlord then asked her to leave the property. 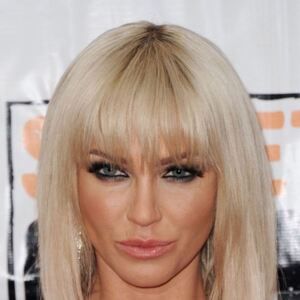