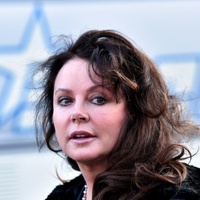 Sarah Brightman net worth Sarah Brightman is an English classical crossover soprano singer, actress, songwriter and dancer who has a net worth of $60 million. Sarah Brightman has earned her net worth from singing in the whistle register, and she posses a vocal range of over 3 octaves. She sings in many languages which are English, Spanish, French, Latin, German, Italian, Russian, Hindi, Mandarin Chinese and Japanese. She began her career in the dance troupe Hot Gossip, she also released several disco singles as a solo performer. She met Andrew Lloyd Webber in 1981, when she made her musical theatre debut in Cats. Later she starred in several Broadway musicals including: The Phantom of the Opera, where she originated the role of Christine Daae. Sarah was born on August 14, 1960 in Berkhamsted, Herfordshire, England. The Original London Cast Album of the musical The Phantom of the Opera was released on CD in 1987 and sold over 40 million copies worldwide, making it the biggest-selling cast album of all time. She and Webber married in 1984, and she went on to appear in many of Lloyd Webber's subsequent musicals including Song and Dance and the mass Requiem which was written for her. She began her career as a classical crossover artist after retiring from the stage and divorcing Lloyd Webber. She resumed her music career with former Enigma producer Frank Peterson, she is still often credited as the creator of this genre. She remains today among the most prominent performers, with worldwide sales of more than 30 million records and 2 million DVDs. Brightman ventured into film acting as a cast member in German film "Zeit der Erkenntnis", in 2000, the film was based on Rosamunde Pilcher book. Her concert for Eden was among PBS's highest-grossing pledge events, PBS produced Television specials for nearly every one of Brightman's album in the U.S. This was her number-one source of exposure in the country.