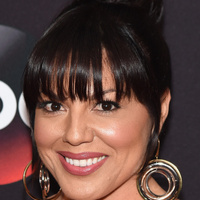 Sara Ramirez net worth: Sara Ramirez is a Mexican/Irish/American singer-songwriter and actress who has a net worth of $5 million dollars. Sara Ramirez was born in Mazatlán, Sinaloa, Mexico, and grew up in San Diego, California. She graduated from both the San Diego School of Creative and Performing Arts and Juilliard. She began her professional career in 1998, just after graduating from Juilliard. Her theater and film careers took off at the same time. She appeared as Rose in "You've Got Mail", and co-starred in the Broadway production of "The Capeman". Since then, she has gone back and forth between film, television, and theater work continuously, playing guest starring roles on such television shows as, "Spin City", "Third Watch", "Law & Order: Special Victims Unit", "As the World Turns", and "NYPD Blue". She has also appeared in the films, "Washington Heights" and "Chicago", among others. She is most widely recognized for her work as Dr. Callie Torres on "Grey's Anatomy", and for originating the role of The Lady of the Lake in "Spamalot" on Broadway.