While he was there D'Arby was a band leader for the band The Touch who released the album Love On Time in 1984. Terence released his debut studio album Introducing The Hardline According to Terence Trent D'Arby in 1987. The album made the top 5 in the US, Australia, Germany, Switzerland, the Netherlands, Norway, New Zealand, Sweden, and the UK. It was certified 5x Platinum in the US and 2x Platinum in the US and Canada. It contained the singles "If You Let Me Stay", "Wishing Well", "Dance Little Sister", and "Sign Your Name". D'Arby's second album Neither Fish Not Flesh charted in the same countries but did not have as much success. The album was released in 1989 and contained the singles "This Side of Love" and "To Know Someone Deeply Is to Know Someone Softly". He went on to release the album Symphony or Damn in 1993 and Vibrator in 1995. In 1999 he filled in as the singer of the band INXS. D'Arby changed his name to Sananda Maitreya in 2001. He went on to release albums in 2001, 2002, 2005, 2006, 2009, 2011, and 2013. He won a Grammy Award for Best R&B Vocal Performance, Male. 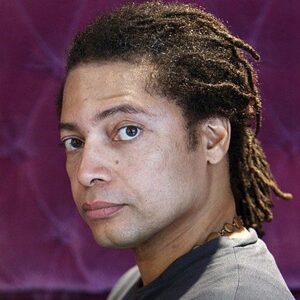