Sam Moore Net Worth: Sam Moore is an American musician, R&B singer, and songwriter who has a net worth of $2 million. Sam Moore was born in Miami, Florida in October 1935. He is best known for being one half of the soul music duo Sam & Dave and his high tenor voice.

He was called "The Greatest Living Soul Singer" by music critic Dave Marsh. As part of Sam & Dave he has been induced into the Rock and Roll Hall of Fame, Grammy Hall of Fame, and Vocal Group Hall of Fame. The group won a Grammy Award for Best Performance – Rhythm & Blues Group in 1967 for their best known hit "Soul Man". They released five studio albums. Moore has also worked as a solo artist, releasing the album Overnight Sensational in 2006 and two Christmas albums. Overnight Sensational was produced by Randy Jackson and featured Mariah Carey, Sting, Jon Bon Jovi, Eric Clapton, and Bruce Springsteen. In 2008 he was named one of the 100 greatest singers of the rock era by Rolling Stone magazine. Moore has also worked with Lou Reed, The Blues Brothers, Booker T. & The MG's, and Conway Twitty. He release "I'm a Dole Man" for Presidential candidate Bob Dole in 1996 and sent a cease and desist letter to the Barack Obama campaign to stop using his material at campaign rallies. He also filed a lawsuit against Bob and Harvey Weinstein for producing the comedy Soul Men, claiming it was based on Sam & Dave. Moore performed "America the Beautiful" at President Donald Trump's inauguration concert in 2017. 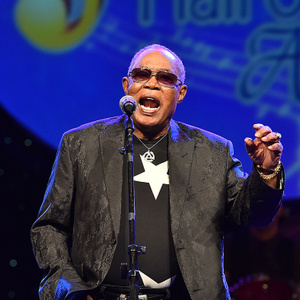