Samantha Mumba net worth: Samantha Mumba is an Irish singer and actress who has a net worth of $5 million dollars. Samantha Mumba was born in Dublin, Ireland, and first caught the attention of record executives at Polydor Records when she was 15, while competing on the talent show, "Let Me Entertain You".

She co-wrote her first album, "Gotta Tell You", which was released in 2000. The album spawned the hit single, "Gotta Tell You", which reached #1 in Ireland, #2 in Britain, and #4 in the US. She then took some time away from music to focus on building an acting career. She appeared in the films "The Time Machine", "Spin the Bottle", and "Boy Eats Girl". She released a few singles over the course of the next few years, while also continuing to act. There were rumors of a second album that was slated for release in 2008, and was then pushed back to 2010, before being scrapped. In early 2011, she announced her retirement from music to focus on acting full time. In July of 2013, she announced that she is returning to her music career after all, and hopes to release a new album soon. 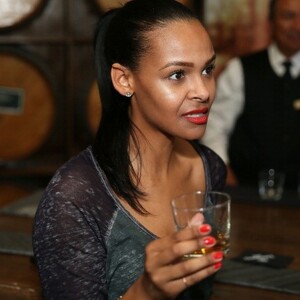