Samantha Fox Net Worth: Samantha Fox is an English singer and actress who has a net worth of $20 million. She was born in April of 1966 and is best known for her work in dance-pop music, as well as appearing as a fashion model in her early career. She got her start at the age of 16, in 1983, she appeared on page 3 of The Sun, which she continued until she was 20.

At the time, it was well-known that she had become the most well-known "pin up girl" of the generation. In Great Britain, she was also one of the most photographed women throughout the 1980s. After her modeling days, Fox launched her music career, starting with the 1986 release, Touch Me (I Want Your Body). The song reached the top of the charts in 17 countries. Since, she has sold more than 30 million records throughout the entire world. She has also worked as a television presenter. Fox dated Peter Foster, an Australian con man. However, they broke up when she refused his marriage proposal. She also dated Kiss's guitarist, Paul Stanley. Fox has since came out as a lesbian and is currently in a relationship with Myra Stratton. 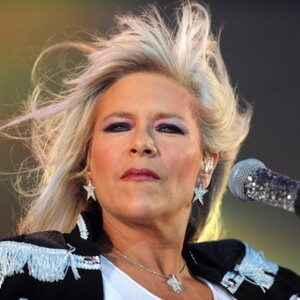