What is Sam Smith's Net Worth?

Sam Smith is a Grammy-winning British singer-songwriter who has a net worth of $45 million dollars. Smith is best known for the hit singles "Latch", "Lay Me Down", "Stay with me", "Like I Can", and How Do You Sleep?".

Samuel Frederick Smith was born on May 19, 1992, in London, England. Their parents are Frederick Smith and Kate Cassidy. As a young child, they were part of Youth Music Theatre UK, and appeared in several productions. They also studied singing and songwriting under the tutelage of musician Joanna Eden for several years, and attended St Mary's Catholic School in Bishop's Stortford.

Early in their career, Smith independently released the singles "Bad Day All Week" and When It's Alright" (both were released prior to 2010). Smith's first real exposure to a wide audience was in October 2012, when the song "Latch" by Disclosure was released. Smith was featured as a vocalist on the song, and it peaked at No. 11 on the UK Singles Chart. The popularity of the single helped catapult him to worldwide fame. The following year, he released the single "Lay Me Down" (2013), which is from his debut album. That same year, he featured on the single "La La La" by Naughty Boy, which peaked at No. 1 on the UK Singles Chart.

Smith's debut studio album, "In the Lonely Hour", was released through Capitol Records in May 2014. It was an immediate hit, reaching No. 1 on the UK Albums Chart and No. 2 on the Billboard 200. One of its huge achievements was becoming the second biggest selling album of 2014, second only to Taylor Swift's "1989". In 2014, Smith then set out on their debut American headlining tour. One of their first stops in the United States was on the show "Late Night with Jimmy Fallon" in January that year, where they performed "Latch". Later, in March 2014, Smith appeared on "Saturday Night Live" and performed their songs "Stay with Me" and "Lay Me Down". Then, in February 2015, at the 57th Annual Grammy Awards, Smith performed "Stay with Me". They also took home several Grammy Awards, including Best New Artist, Record of the Year, Song of the Year (for "Stay with Me", and Best Pop Vocal Album (for "In the Lonely Hour"). During their acceptance remarks, they actually said, "I would like to thank the man that this album is about. By breaking my heart, you won me four Grammys!" Later that same month, Smith took home the Brit Awards for British Breakthrough Act and Global Success.

Smith teamed up with songwriter Jimmy Napes, and in September 2015 they released "Writing's on the Wall" as the theme song to the 24th James Bond film, "Spectre" (2015). It was very popular, reaching No. 1 in the UK—it was actually the first James Bond theme to achieve this. "Writing's on the Wall" landed Smith the 2016 Golden Globe Award for Best Original Song, and an Academy Award for Best Original Song. 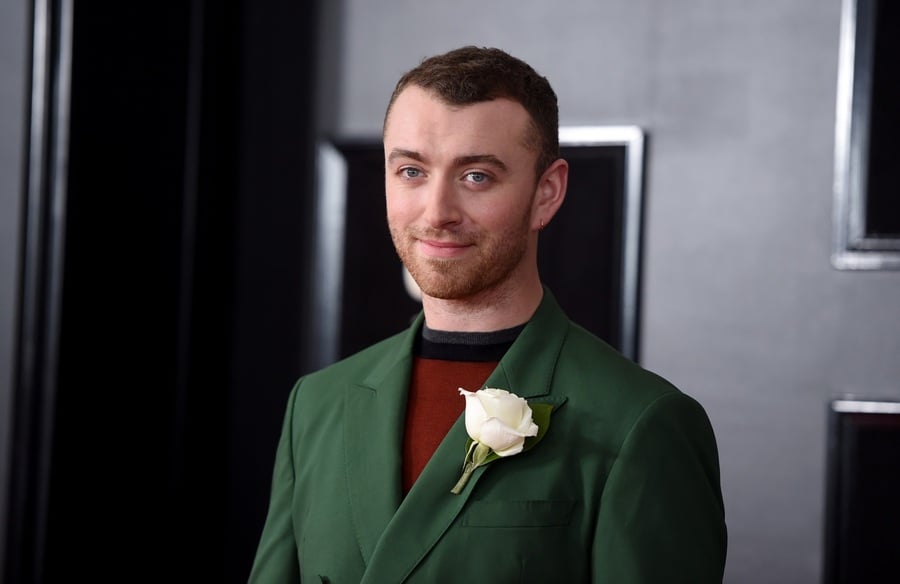 Throughout 2016, Smith did not release any new material, but would frequently release footage showing them in the studio working on music. In September 2017, Smith released the new single "Too Good at Goodbyes". It debuted at No. 5 on the US Billboard Hot 100, and No. 1 in the United Kingdom. It was followed by Smith's second studio album, "The Thrill of It All" (2017) in November that year. The highly-anticipated album debuted at No. 1 in both in the US and UK, and is Smith's first number one album in the US. To support and promote the album, Smith embarked on The Thrill of It All Tour in March 2018, which featured stops around the world in Europe, North America, Asia, New Zealand, and Australia. Smith's releases in 2018 include the single track "Pray" (March 2018), featuring American rapper Logic, and the track "Fire on Fire", which was featured on the soundtrack for the miniseries "Watership Down" (2018). He was also featured on Calvin Harris's track "Promises" (August 2018) as the main vocalist.

In January 2019, Smith teamed up with singer Normani to create and release the song "Dancing with a Stranger". It not only hit the Top 10 in the US and UK, but several other countries as well. They followed this up with the song "How Do You Sleep?" in July 2019. In February 2020, Smith originally revealed an upcoming third studio album was scheduled to be released in May 2020. Its release date was pushed back twice due to the coronavirus pandemic, but "Love Goes" was  eventually released on October 30, 2020. Smith's other releases in 2020 include the song "I'm Ready" (April 2020), which is a collaboration with American singer Demi Lovato, as well as Smith's own cover of the song "Fix You" by Coldplay, which was released in July 2020. Smith includes Adele, Amy Winehouse, Whitney Houston, Mariah Carey, Chaka Khan, Brandy, and Lady Gaga as major influences on their music style. They have also stated that they are pushed and inspired Ed Sheeran, a close friend and fellow British musician.

In May 2014, Smith publicly came out as gay. He has been romantically linked to actor Jonathan Zeizel and actor Brandon Flynn. In October 2017, Smith came out as genderqueer, and in September 2019 announced that they identified as nonbinary and would be using the gender pronouns they/them. Smith is related to singer Lily Allen and actor Alfie Allen; they are Smith's third cousins. 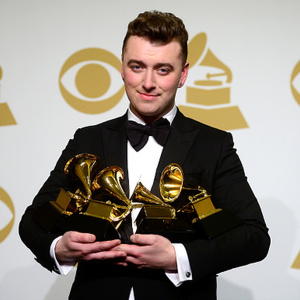