Sam Hunt net worth: Sam Hunt is an American singer and songwriter who has a net worth of $3 million. Sam Hunt was born in Cedartown, Georgia in December 1984. He played football in high school and college before he signed a record deal with MCA Nashville in 2014. Hunt's debut studio album Montevallo was released in 2014.

The album was certified Gold and reached #1 on the US Country chart, #3 on the Billboard 200 chart, and #2 in Canada. Hunt also released his EP X2C in 2014 which reached #5 on the US County chart and #36 on the Billboard 200. His singles "Leave the Night On", "Take Your Time", and "House Party" all reached #1 on both the US Hot Country and US Country Airplay charts. Hunt became the first male rookie artist that reached #1 on the Top Country Albums chart in two years. Before becoming a solo success, Hunt wrote songs for artists such as Keith Urban, Kenny Chesney, Reba McEntire, and Billy Currington. He has won a CMT Music Award and has been nominated for an Academy of Country Music Award, a Billboard Music Award, and three Country Music Association Awards. 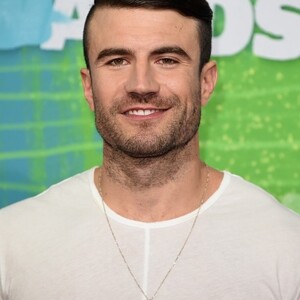