What is Sade's net worth?

Sade is a British singer, songwriter, and composer who has a net worth of $70 million. Sade is best known for their popular songs "Smooth Operator", "No Ordinary Love", and "Soldier of Love". She is the second-most successful solo female artist in British history, having sold over 110 million albums worldwide. She trails Dame Shirley Bassey, who has sold 140 million albums worldwide. In 2002 Sade received an OBE from Prince Charles for her services to music. In 2012, VH1 listed Sade at number 30 on their list of the 100 Greatest Women in Music.

Known for her smoky contralto vocals and for being the lead singer of her eponymous band, she has had a pronounced influence on contemporary music. Sade started out as a fashion designer and model, then joined the band Pride before forming a group of her own.


Sade was born in 1959 in Ibadan, Nigeria, with the birth name Helen Fọláṣadé Adu. Her father, Adebisi, is a lecturer in economics, while her mother, Anne, is an English district nurse. When Sade was four, her parents split; Anne subsequently returned to England, and brought Sade and her older brother Banji to live with their grandparents in Essex. At 11, Sade moved back in with her mother. Upon graduating from Clacton County High School and Colchester Institute, she moved to London to study fashion design at Saint Martin's School of Art.

After she finished a three-year fashion design course, Sade joined the British band Pride as a backup singer. While with Pride, she established a songwriting partnership with the group's guitarist and saxophonist Stuart Matthewman. Meanwhile, Sade's solo performances of the song "Smooth Operator" began drawing the attention of record companies. In 1983, Sade and Matthewman broke off from Pride, and along with three other instrumentalists, joined to form the band Sade. That May, Sade performed its first US show at a New York City nightclub; the next year, the band signed with Epic Records.

After the record deal, Sade started working on its debut album, "Diamond Life." Recorded in six weeks entirely at London's The Power Plant, the album was released in 1984 to massive success. It ascended to number two on the UK Album Chart and sold more than 1.2 million copies in the country; later, it won the Brit Award for Best British Album of 1985. "Diamond Life" was also a success internationally, landing at number one in numerous countries and entering the top ten in the US. With global sales of over six million copies, the album became one of the bestselling debut recordings of the decade, and the bestselling debut of all time by a British female vocalist.

"Diamond Life" produced a couple of hit singles. "Your Love Is King," the lead single, charted at number six on the UK Singles Chart. Another single, "Smooth Operator," became the album's most successful track in the US, placing at number five on the Billboard Hot 100 and number one on the Adult Contemporary chart. 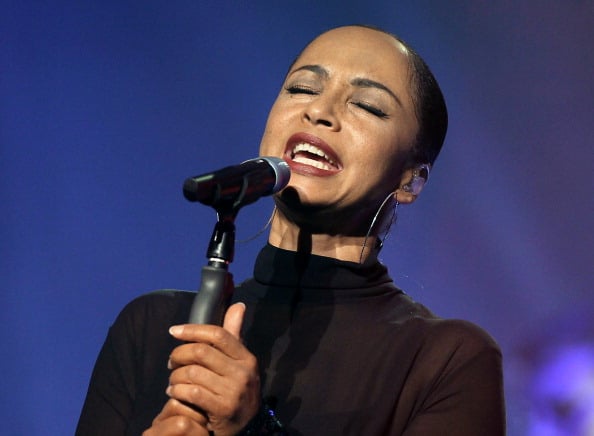 The band released its second album, "Promise," in 1985; reaching number one in the UK, it also became Sade's first album to peak at number one on the US Billboard 200. "Promise" produced two singles: "Never as Good as the First Time" and "The Sweetest Taboo," the latter of which remained on the US Hot 100 for six months. Following this success, in 1986, the band won the Grammy Award for Best New Artist. "Promise" would go on to sell four million copies in the UK, as well as become certified four times platinum.

Sade took a brief break from her band to make her acting debut in the 1986 British musical film "Absolute Beginners." The singer both starred in the film and provided her vocals to the soundtrack. Following this stint, Sade returned to the studio and released her third album with the band, "Stronger Than Pride," in 1988. It was another commercial triumph for the group, becoming certified three times platinum in the US and spawning four popular singles. One of the singles, "Paradise," became Sade's first to peak at number one on the US Billboard Hot R&B/Hip-Hop Songs chart. Success continued with 1992's "Love Deluxe," which sold 3.4 million copies in the US and became certified gold in the UK, and 1994's "The Best of Sade," a compilation album that hit the top ten in both the US and UK.

"Lovers Rock" and Beyond

Coming off an eight-year hiatus, Sade released "Lovers Rock" in 2000, its fifth studio album. "Lovers Rock" reached number three on the US Billboard 200, and earned Sade the Grammy Award for Best Pop Vocal Album. A tour and a live album followed, both of which were highly successful. Afterward, Sade took another hiatus, this one for ten years, as she moved to the Caribbean and raised her son. She made a rare public appearance during this time to accept the honor of Order of the British Empire at Buckingham Palace.

In 2010, Sade came back with her sixth studio album, "Soldier of Love"; it became the group's first album to debut at number one on the Billboard 200. Among the album's singles were "Babyfather" and "The Moon and the Sky." The title track, meanwhile, won the Grammy for Best R&B Performance by a Duo or Group with Vocals. Later, in 2018, Sade wrote a pair of songs for two movie soundtracks: "Flower of the Universe" for Disney's adaptation of "A Wrinkle in Time," and "The Big Unknown" for Steve McQueen's "Widows."

In the 1980s, Sade dated English writer and broadcaster Robert Elms. At the end of the decade, she married Spanish filmmaker Carlos Pliego; they divorced in 1995. Afterward, she moved temporarily to the Caribbean to live with Jamaican music producer Bob Morgan, and had a daughter, Izaak, who later came out as transgender. Sade and Morgan eventually split. Since 2007, Sade has been in a relationship with former Royal Marine Ian Watts. 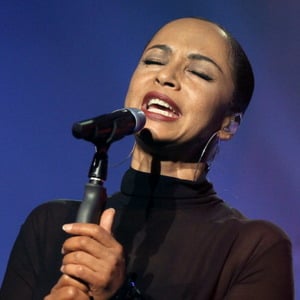