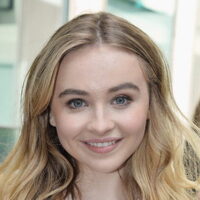 What is Sabrina Carpenter's net worth?

Sabrina Carpenter is an American singer, songwriter, and actress who has a net worth of $4 million. Sabrina Carpenter had her breakthrough role playing Maya Hart on the Disney Channel series "Girl Meets World." She has also been in movies such as "Horns," the remake of "Adventures in Babysitting," and "The Hate U Give." As a recording artist, Carpenter released her debut EP, "Can't Blame a Girl for Trying," in 2014.

Sabrina Carpenter was born in 1999 in Lehigh Valley, Pennsylvania to parents Elizabeth and David. She has three older siblings: Sarah, Shannon, and half-sister Cayla. As a youth, Carpenter was homeschooled. At the age of 10, she started posting videos of herself singing on YouTube. In a 2010 singing contest run by Miley Cyrus, Carpenter came in third place.

Carpenter made her acting debut in 2011 on the NBC series "Law & Order: Special Victims Unit," playing a young rape victim. Around this time, she also performed on China's Hunan Broadcasting System for the Gold Mango Audience festival, singing a rendition of Etta James' classic "Something's Got a Hold on Me." Subsequently, Carpenter landed a recurring role on the Fox sitcom "The Goodwin Games." She also had roles in the pilot episodes of the Disney Channel's "Gulliver Quinn" and ABC's "The Unprofessional."

After lending her voice to the animated series "Sofia the First" and appearing in episodes of "Orange is the New Black" and "Austin & Ally," Carpenter had her breakthrough role as Maya Hart on the comedy series "Girl Meets World." The show, which aired on the Disney Channel from 2014 to 2017, was a spinoff series to ABC's popular 90s show "Boy Meets World." During her time on the series, Carpenter also starred in the Disney Channel television movie "Adventures in Babysitting," a remake of the 1987 film of the same name. From 2016 to 2019, she voiced the main role of Melissa Chase on the animated series "Milo Murphy's Law," which featured "Weird Al" Yankovic as the title character.

Among Carpenter's additional television credits are the Argentine-Mexican telenovela "Soy Luna," the children's series "Mickey and the Roadster Racers," and the musical comedy web series "Royalties."

On the big screen, Carpenter first appeared in the 2012 comedy film "Noobz." She followed this with a small part in the horror comedy "Horns," starring Daniel Radcliffe and Juno Temple. In 2018, she had a supporting role in "The Hate U Give," based on the young adult novel by Angie Thomas. This was followed by "The Short History of the Long Road," in which Carpenter had her first movie leading role. She played Nola, a teenager who lives a nomadic life on the road with her father. Carpenter's other film credits have included the teen romcom "Tall Girl," the dance musical comedy "Work It," the biographical drama "Clouds," and the comedy thriller "Emergency." 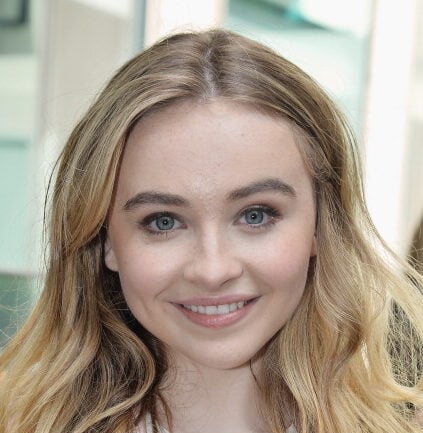 In 2014, Carpenter signed a five-record deal with Hollywood Records. She subsequently released her debut single, "Can't Blame a Girl for Trying," which premiered on Radio Disney. The song became the title track of her debut EP later in the year. In 2015, Carpenter released "Eyes Wide Open," her debut album; it was preceded by the single "We'll Be the Stars." The next year, Carpenter released the singles "Smoke and Fire" and "On Purpose," the latter of which became the lead single for her second album, "Evolution." Later, in 2018, Carpenter put out the singles "Alien," featuring Jonas Blue, and "Almost Love," which went on to appear on her third album, "Singular: Act I." That album's second part, "Singular: Act II," came out in 2019; it featured the singles "Pushing 20," "Exhale," and "In My Bed." In 2021, Carpenter had her first Billboard Hot 100 entry with the single "Skin," which debuted at number 48.

Beyond her own albums and singles, Carpenter has contributed her vocals to a number of other projects. In 2013, she sang the song "Smile" on the album "Disney Fairies: Faith, Trust, and Pixie Dust." The following year, she performed the song "Stand Out" in the Disney Channel television movie "How to Build a Better Boy," and in 2017, recorded the theme song for the family series "Andi Mack." Also in 2017, Carpenter collaborated with the Vamps and Mike Perry on the single "Hands"; was featured on the Lost Kings single "First Love"; and sang "You're a Mean One, Mr. Grinch" on Lindsey Stirling's holiday album "Warmer in the Winter." Later, she recorded the song "Let Me Move You" for the film "Work It," in which she also starred.

Among the artists who have influenced her musical style, Carpenter has cited Adele, Rihanna, and Christina Aguilera. She has also been inspired by Etta James, Whitney Houston, and Taylor Swift.

In addition to all her other work, Carpenter has had a burgeoning career on stage. In December of 2015, she played Wendy in the Pasadena Playhouse production "Peter Pan and Tinker Bell: A Pirate's Christmas." In March of 2020, she made her Broadway debut playing Cady Heron in "Mean Girls"; however, her run was curtailed due to the COVID pandemic.