Prior to her television career Sabrina was a dancer, who trained at Hart Academy of Dance, which is located in La Habra, California. Sabrina was born on September 16. 1984 in Yorba Linda, California and started preforming at the age of seven. Sabrina is no stranger to television as she has been a guest star on The Bold and the Beautiful, The Geena Davis Show, The Jersey and Grounded For Life to name a few. She also had a supporting role as Mrs. Murray in the 2008 film Mostly Ghostly, and stars in the comedy film Help Me, Help You. She is the voice actress for the role of Pamela Hamster in the animated Disney channel series Fish Hooks. Sabrina appeared on season five of Dancing With The Stars where she competed with dancer Mark Ballas. She has also starred in the live Las Vegas version of Dancing With The Stars at The Tropicana Casino. 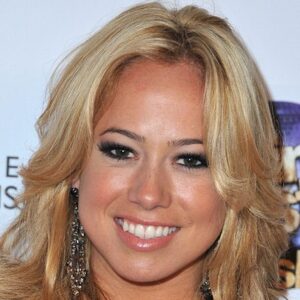