Saara Aalto net worth: Saara Aalto is a Finnish singer, songwriter, and voice actress who has a net worth of $10 million. Saara Aalto was born in Oulunsalo, Finland in May 1987. She finished in second place on the reality television series The Voice of Finland in 2012. Aalto represented Finland in the Eurovision Song Contest in 2011 and again in 2016.

She also competed for Finland in the 2018 Eurovision Song Contest. Saara Aalto plays piano and her musical style is pop. Her debut studio album Blessed With Love was released in 2011 and she released the albums Angels in 2011, You Had My Heart in 2013, Ai De Zhu Fu in 2013, and Tonight (with Teemu Roivainen) in 2015. She released the album Wild Wild Wonderland in 2018 which reached #2 in Finland. Her most successful single "Monsters" reached #13 in Finland. Saara Aalto has provided voice work for the Finnish versions of Alice in Wonderland, Brave, Frozen, Pokémon, Winx Club, and more. 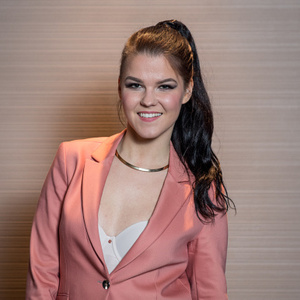