Ryan Toby Net Worth: Ryan Toby is an American soul singer, songwriter, producer, and actor who has a net worth of $3 million. He first became widely known as the baritenor in the group City High. He is also a highly successful songwriter and producer.

He was born Maurice Ryan Toby on November 26, 1976, in Willingboro, New Jersey. Toby's first encounter with fame happened at sixteen when he appeared in the 1993 film "Sister Act 2: Back in the Habit". He played the role of Ahmal James a member of the kids choir who would steal the show with their performance of "Joyful, Joyful", a song for which Toby wrote the rap part. After filming wrapped, Toby got in touch with Jazzy Jeff (of The Fresh Prince and Jazzy Jeff fame) and was subsequently invited to Philadelphia. Jeff and Ryan bonded and he was offered to sign to his Touch of Jazz Production Company. It was during that time that he started to write songs for Will Smith, including the single "Miami", among other songs on his 1997 album "Big Willie Style."

Toby has penned singles for such artists as Bobby Brown, Dru Hill, Usher, Kevin Lyttle, Tyrese, Glenn Lewis, Donell Jones and Joe (singer). In 2001, he was asked to form a group by Wyclef Jean, and that's how City High was formed. Their debut eponymous album sold millions and was nominated for a Grammy Award. But after two years, City High disbanded in 2003, the year when Toby married City High bandmate Claudette Ortiz. Following the disunion, he went to New Jersey, where Ryan connected with producers Vidal Davis and Andre Harris. The threesome collaborated on several songs for platinum plus recording artist Usher, out of which "Caught Up", "Superstar" and "Follow Me" made the 2004 album Confessions a chart-topping one. By 2009, Ryan divorced and found peace in Los Angeles, where he continued to pursue his music career of writing and producing. 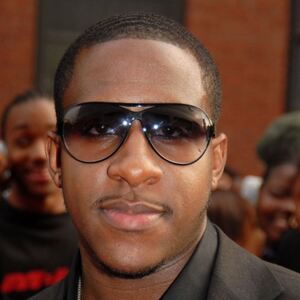