What is Ryan Cabrera's Net Worth?

Ryan Cabrera is a singer-songwriter and musician who began his career as a lead singer with the Dallas band Rubix Groove. He went on to establish a solo career, and released his debut album, "Elm St.," in 2001. Cabrera's other albums have included "Take it All Away," "You Stand Watching," and "The Moon Under Water."

Ryan Cabrera was born on July 18, 1982 in Dallas, Texas. For his schooling, he went to Jesuit College Preparatory School. Subsequently, he attended the University of Texas at Dallas. Cabrera had his first foray into the professional music world with the band Rubix Groove, which opened for such artists as Third Eye Blind and Cheap Trick.

For Rubix Groove, Cabrera composed three songs. A studio engineer was so impressed with his work that he let him record a full-length album for free at Deep Ellum Studios. This led to the release of Cabrera's debut album, "Elm St.," in 2001. Also that year, he signed to Atlantic Records.

Cabrera had his breakthrough as a recording artist in 2004 with the release of his major-label debut single, "On the Way Down." The song, which made it to number 15 on the Billboard Hot 100, appeared on Cabrera's 2004 album "Take it All Away"; the album itself debuted at number eight on the Billboard 200. Other singles from "Take it All Away" were "True" and "40 Kinds of Sadness."

Following his breakthrough, Cabrera released his next album, "You Stand Watching," in 2005. Debuting at number 24 on the Billboard 200, it spawned the singles "Shine On" and "Photo," the latter of which was inspired by Cabrera's relationship with Ashlee Simpson. In 2006, Cabrera released the single "I Will Remember You," which was later re-recorded for his 2008 album "The Moon Under Water." This album ultimately failed to repeat the successes of Cabrera's earlier work, debuting far down the Billboard 200 at number 177. Its singles included "Say" and "Enemies."

In 2012, Cabrera released new singles entitled "Home" and "I See Love." Two years later, he became the first artist to sign to Dynamite Music; he subsequently released his single "House on Fire." Next, in 2015, Cabrera released an EP called "Wake Up Beautiful." 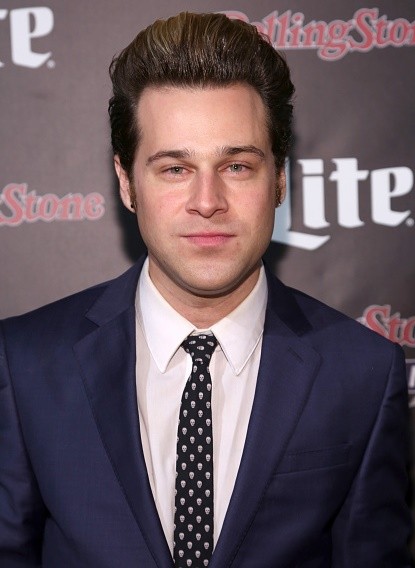 Beyond his own albums, Cabrera contributed the songs "Inside Your Mind" and "Always Come Back to You" to the soundtracks of the films "Son of the Mask" and "Fantastic Four," respectively. Later, in 2013, he went on a tour of the United States with Teddy Geiger and Tyler Hilton, and did another tour of the United Kingdom and Ireland with the band Boyce Avenue. Among his other musical ventures, Cabrera took the lead in the collaborative project Beyond the Sky, a group of vocalists, musicians, and producers from a range of genres. The group released its first single, "Right on the Money," in early 2016.

Television and Other Media Appearances

Cabrera has appeared on a number of reality television programs over the years. In 2004, he showed up in several episodes of the first season of "The Ashlee Simpson Show," a reality show about the life of the eponymous singer. The following year, Cabrera hosted the MTV reality game series "Score," which featured contestants who wrote and performed songs to win the heart of a featured guest. In 2010, Cabrera appeared in multiple episodes of the final season of "The Hills," in which his relationship and eventual breakup with Audrina Partridge were chronicled. The same year, he appeared on the E! series "Pretty Wild."

In other media, Cabrera launched a web series called "Live from Ryan's Living Room" in 2013. The show was designed to raise money for various charities, with Cabrera choosing a different one to benefit each week. On the program, he was joined by such celebrities as Tyler Hilton, Colbie Caillat, and Mark Ballas. In 2020, Cabrera was involved in another charitable endeavor when he arranged and hosted the live-streaming Camp Fire Concert Special, which benefited Camp Ronald McDonald for Good Times. In addition to Cabrera's own performance, the event included songs performed by Jay Buchanan, Ryan Key, Joey Fatone, Chris August, Tyler Ward, and Shawn Hook, among others.

Early in his career, Cabrera dated singer Ashlee Simpson, and drew much attention for his appearances on her MTV reality show. Later, in November of 2020, he got engaged to WWE wrestler Alexa Bliss.

Cabrera previously owned a 2,445-square-foot, three-bedroom home in the Hollywood Hills of Los Angeles. It boasted features such as a media room, a steam shower and spa tub, a pool, and an outdoor entertainment area with a full bar. In 2008, Cabrera listed the home for $1.69 million.