How much is Russell Hitchcock Worth?

Russell Hitchcock net worth: Russell Hitchcock is an Australian singer and musician who has a net worth of $12 million. Russell Hitchcock was born in Melbourne, Australia in June 1949. He is best known for being the lead vocalist of the soft rock duo Air Supply. The duo formed in 1975 and released their self-titled debut studio album in 1976. They released the albums The Whole Thing's Started and Love & Other Bruises in 1977, Life Support in 1979, and Lost in Love in 1980. Their album The One That You Love was released in 1981 and reached #10 in the US and Australia. Air Supply went on to release the albums Now and Forever in 1982, Air Supply in 1985, Hearts in Motion in 1986, The Christmas Album in 1987, The Earth Is … in 1991, The Vanishing Rose in 1993, News from Nowhere in 1995, The Book of Love in 1997, Yours Truly in 2001, Across the Concrete Sky in 2003, and Mumbo Jumbo in 2010. Their popular singles include "Los tin Love", "All Out of Love", "The One That You Love", "Here I Am", "Even the Nights Are Better", "Making Love Out of Nothing at All", and more. Hitchcock has also released three solo albums. 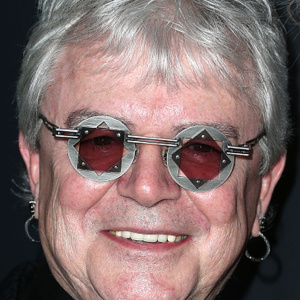