Rufus Wainwright Net Worth: Rufus Wainwright is an American-Canadian singer-songwriter and composer who has a net worth of $10 million. Rufus Wainwright was born in Rhinebeck, New York, and grew up in Montreal, Canada. Both of his parents were musicians, and he began playing piano when he was six. By age 13, he was touring, and would earn multiple major music award nominations before his 18th birthday. He was only fourteen years old when he composed the song I'm Runnin', which fetched him Juno and Genie Award nominations. He went on to study classical and modern piano at McGill University, but he quit college in order to pursue a music career. In 1998, he released his debut pop album bearing his name, Rufus Wainwright (1998), which rose to critical acclaim in Canada. His follow-up album was Poses (2001), as well as eight additional albums through 2012. Throughout his career, he has earned numerous recognitions and accolades like a GLAAD award and Best New Artist nomination by the Rolling Stone magazine. In addition to his own original compositions, Wainwright has both written and performed songs for movies like Moulin Rouge (2001), the Shrek installments, I am Sam (2001) and Brokeback Mountain (2005), among others. Furthermore, Rufus Wainwright has been the companion of Jörg Weisbrodt, a German concert manager for the Berlin State Opera, since 2005. 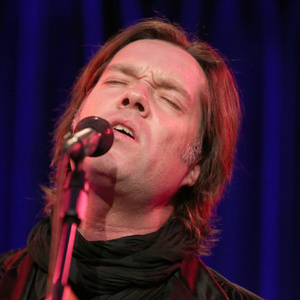