Ruel net worth: Ruel is an English Australian singer and songwriter who has a net worth of $4 million. He is perhaps best known for his single "Dazed & Confused".

Ruel was born in Isleworth, London, United Kingdom in October 2002. His musical styles include soul, alternative pop, and R&B and he plays piano and guitar. Ruel released the extended play Ready in 2018. His extended play Free Time was released in 2019 and reached #3 in Australia and #18 in New Zealand. Ruel's single "Dazed & Confused" reached #7 on the New Zealand Heatseekers chart and 353 in Australia. His single "Painkiller" reached #6 on the New Zealand Hot chart and #35 in Australia. He also had success with the singles "Don't Tell Me", "Younger", "Face to Face", and "Real Thing". Ruel has collaborated with artists including M-Phazes, Tom Thum, SG Lewis, and Hilltop Hoods. In 2018 he won a Breakthrough Artist Award at the ARIA Music Awards. Ruel won an MTV Europe Music Award and a Nickelodeon Kids' Choice Award in 2019. 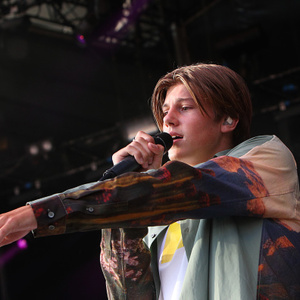