Rudolph Isley Net Worth: Rudolph Isley is an American singer-songwriter who has a net worth of $2 million. Rudolph Isley was born in Cincinnati, Ohio in April 1939. He is best known for being one of the founding members of The Isley Brothers. Rudolph started singing in church as a child.

The Isley Brothers formed in 1954 and consisted of Rudolph, Ronald Isley, and O'Kelly Isley, Jr. The group also included brother Vernon until he passed away. Their debut album Shout! was released in 1969 on RCA Victor records. Their #1 albums include Live It Up, The Heat Is On, Harvest for the World, Go for Your Guns, Showdown, Between the Sheets, Eternal, Body Kiss, and Baby Makin' Music. Some of their most popular songs include "Shout (Part 1)", "This Old Heart of Mine (Is Weak for You)", "It's Your Thing", "Love the One You're With", "That Lady (Part 1)", and "Summer Breeze". The song "Shout" sold more than a million copies. They have had four Top 10 singles on the US Billboard chart. They were inducted into the Rock and Roll Hall of Fame in 1992 and into Hollywood's Rockwalk in 1997. In 2003 The Isley Brothers were inducted into the Vocal Group Hall of Fame. Rudolph left music in 1989 to become a minister. He married Elaine Jasper in 1958. 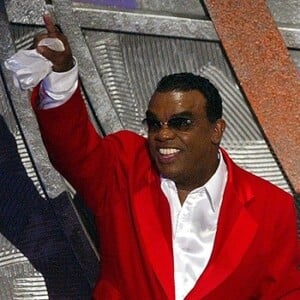