Ruben Studdard Net Worth: Ruben Studdard is an American R&B, pop and gospel singer who has a net worth of $3 million dollars. He is best known as the winner of the second season of "American Idol". Studdard has made a name for himself as a gospel singer, while he also specializes in Pop and R&B.

Early Life: He was born Christopher Theodore Ruben Studdard on September 12, 1978, in Frankfurt, West Germany, to American parents. His father was stationed in Germany with the Army and after his service the family moved to Birmingham, Alabama where his parents both worked as teachers. Ruben sang for the first time at age three at the Rising Star Baptist Church in Birmingham. He continued to sing gospel in church and performed solos as a child while his mother sang in the local choir. He gained inspiration from listening to his mother's Donny Hathaway albums. Studdard played football at Huffman High School and received a scholarship to Alabama A&M University. While attending the university Studdard joined the Omicron Delta chapter of Phi Mu Alpha Sinfonia, a men's music fraternity. He majored in voice studies and sang with Just a Few Cats, a popular local jazz and R&B group. Meanwhile, he was making demos and a back-up singer from the band asked Ruben to accompany her to Nashville for an audition on the 2003 second season of "American Idol."

American Idol: For his audition, Studdard performed "Ribbon in the Sky" by Stevie Wonder. This lead him to become one of the local finalists. His performances of "Superstar" and "A Whole New World" on "American Idol" wowed viewers and he became a fan favorite and he garnered the nickname "Velvet Teddy Bear."  While he was on the show, Studdard received praise from music legends like Luther Vandross, Gladys Knight, and Lionel Richie. In the May 2003 finale, Studdard beat out Clay Aiken by 134,000 votes out of 24,000,000 cast, and thus became the second "American Idol" winner and the first male winner. Alabama Governor Bob Riley declared March 11, 2003 as Ruben Studdard Day.

Career: Studdard's first single was a cover of Westlife's "Flying Without Wings," which he had performed on the American Idol finale. It sold well and debuted at No. 2 on the Billboard Hot 100. Advance orders for his debut album "Soulful" topped the 1 million mark before it was released commercially. It debuted at No. 1 on the Billboard 200 album chart in December 2003. The single "Sorry 2004" enjoyed substantial airplay and reached No. 9 on the Hot 100 and No. 2 on the Billboard R&B singles chart. In 2003, he was nominated for a Grammy for "Best Male R&B Vocal Performance" for "Superstar". He was nominated alongside his idol Luther Vandross who ultimately snagged the award. In March 2004, Studdard won the NAACP Outstanding New Artist award.

Ruben's next release was a gospel album, "I Need an Angel", which came out on November 23, 2004. It sold over 95,000 copies its first week and topped the gospel charts at No. 1. The album secured Gold certification and was No. 1 on the 2005 Billboard Year-End Gospel albums chart. His third album, "The Return" was released in October 2006. The next year, he appeared on the finale of American Idol's sixth season. He was dropped from his record company, J Records, due to poor sales of the album in 2007. His next album, "Love Is", was released to positive reviews on May 19, 2009. In 2010, Ruben and Clay Aiken embarked on a tour together across the U.S. and Canada. The duo opted to perform a variety of medleys of songs from the '60s through the '90s versus focusing on each singer's individual recordings. 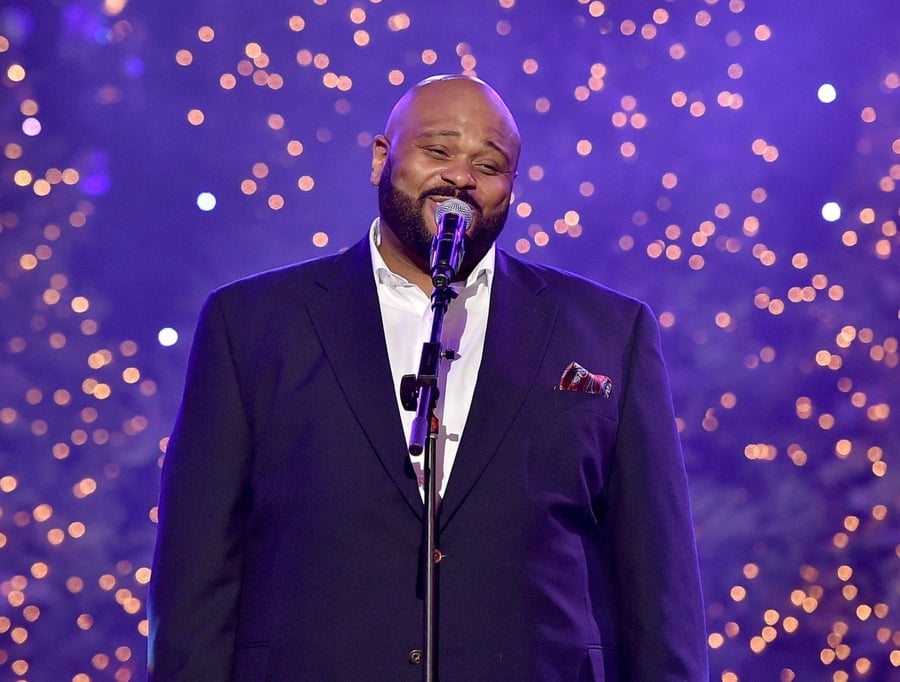 (Photo by Mike Windle/Getty Images for The Hollywood Christmas Parade)

In 2011, Studdard signed with Shanachie Entertainment and released his fifth studio album, "Letters from Birmingham," which received mostly positive reviews. It sold 22,000 copies and his lead single "June 28 (I'm Single)" reached the top 20 in the Billboard charts. He released his sixth studio album "Unconditional Love" under a new label, Verve Records in 2015. The album debuted at #46 on the Billboard 200 and #7 on the Billboard R&B Albums chart and received some of Studdard's best reviews of his career. He went on tour with his collaborator Lalah Hathaway (daughter of his idol Donny Hathaway) in support of the album.

Studdard released a tribute album to Luther Vandross in 2018, "Ruben Sings Luther," on the SEG Music label. He continues to appear regularly on American Idol as a mentor and occasionally performing with contestants.

Other Ventures: In addition to leading a successful music career, Ruben Studdard appeared on various television shows such as "Simple Rules", "Life on a Stick", "All of Us," and "Eve." He also had a cameo in the film "Scooby Doo 2: Monsters Unleashed.  He has toured with Robin Givens in the comedy-drama Heaven I Need a Hug, as well as he accepted the role of Fats Waller in a national tour of "Ain't Misbehavin" in 2008. Studdard made his Broadway debut in December 2018 when he reunited with Clay Aiken in "Ruben & Clay's First Annual Christmas Carol Family Fun Pageant Spectacular Reunion Show (aka Ruben & Clay's Christmas Show)."

In 2013, he participated in the fifteenth season of the competitive weight loss show "The Biggest Loser." The first ever celebrity contestant, at 6'3 and 462 pounds, Studdard had the highest starting weight and BMI of the entire cast. At the show's finale, it was revealed he had lost 119 pounds ending in a weight of 343 pounds.

Personal Life: Studdard received an honorary Masters of Arts degree from his alma mater of Alabama A&M University at its December 2015 commencement ceremony. He remains a member of the Phi Mu Alpha Sinfonia singing fraternity.

He met Surata Zuri McCants in October 2006 at a CD signing event at a Wal-Mart in Atlanta. They were married in June 2008 and separated in 2011. Their divorce was finalized in April 2012. 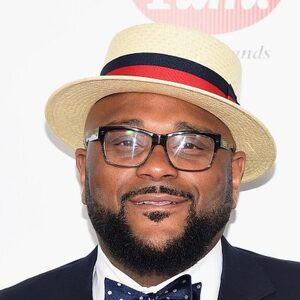