Ruben Blades Net Worth: Ruben Blades is a Panamanian singer and actor who has a net worth of $10 million. Considered a musical icon in Panama and across Latin American countries, Ruben Blades' net worth grew from producing a string of hits then appearing in iconic films. As a professional singer/songwriter, Blades made a massive contribution to the music industry: his early work included a collaboration with Pete Rodriguez, producing hits such as Descarga Caliente and De Panama a New York, during the 1970s. Blades also worked with numerous award-winning artists, including Ray Barretto, Larry Harlow and Willie Colon. Blades and Colon went on to produce several albums, including Siembra (1978), which became the best-selling salsa album in history. His breakthrough hit, Pablo Pueblo (1977) later became an unofficial campaign song of Panama when he ran for president of the country. Whilst producing Grammy-award winning albums from the 1980's onwards, Blades crossed over to acting, making his debut in the 1982 film, The Last Fight. He also appeared in notable productions, including Mo' Better Blues and Predator 2. More recently, he appeared in action thriller film, Safe House (2012) and Once Upon a Time in Mexico (2003). In 2004, he put his career on hold to serve as Panama's minister of Tourism. He served the position for five years. 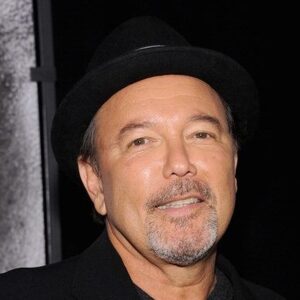