Rozonda Chilli Thomas Net Worth: Rozonda "Chilli" Thomas is an award-winning American R&B singer and actress who has a net worth of $8 million. Rozonda Thomas is best known for being a member of the band TLC during the 90s, although she later branched out with a limited solo career and a number of television appearances. TLC was one of the best-selling girl groups of the 90s. To date they have sold more than 65 million albums worldwide.

Early Life: Rozonda Thomas was born on February 29th of 1971 in Atlanta, Georgia. Thomas was raised entirely by her mother, and she didn't meet her father until she was 25. She attended a Seventh-day Adventist church as a child and graduated from high school in 1989.

Music Career: Thomas began her musical career as a dancer, often working with R&B group Damian Dame in their music videos and live performances. In 1991, she was given the opportunity to join TLC, replacing Crystal Jones. Although she was a founding member along with Lisa Lopes and Tionne Watkins, Jones allegedly dropped out when she was prevented from taking her contract home to have it reviewed by professionals. In order to maintain the name "TLC," Rozonda Thomas was promptly nicknamed "Chilli" when she replaced Crystal.

Over the next few years, TLC sold an incredible number of records. After releasing albums in 1992, 1994, and 1999, the group was second only to the Spice Girls in terms of the number of records they had sold. TLC was also praised by critics, and Rozonda won four Grammy Awards as a result of her work during this period.

In 2000, Rozonda Thomas began work on a solo album, although it never fully materialized. However, she did manage to release singles such as "Dumb, Dumb, Dumb," and "Body." Her failure to release a solo studio album was largely due to the fact that she was distracted by her obligations to TLC. In 2002, the tragic death of founding member Lisa Lopez brought TLC to a grinding halt. During the next few years, Thomas and Watkins occasionally performed as a duo. In 2019, Thomas lost her voice and was advised by medical professionals not to sing.

Television and Film: Over the years, Rozonda Thomas has made plenty of guest appearances on television shows such as The Parkers, Single Ladies, That 70s Show, Living Single, and Strong Medicine. She is also no stranger to reality TV. In 2005, the show R U the Girl documented Thomas and Watkins' search for a new member to join TLC.

In 2009, a much more personal reality TV show came when VH1 aired What Chilli Wants, a show that focused on Thomas' search for love. The show ran for two seasons. In addition, Thomas joined "Team Guy" on Rachael vs. Guy: Celebrity Cook-Off in 2013. In 2014, she served as a judge for truTV's Fake Off.

Rozonda Thomas has also appeared in various films. She began her acting career in 1998 with a minor role in Hav Plenty. At the height of TLC's fame in 2000, Thomas booked roles in films such as A Diva's Christmas Carol, Love Song, and Snow Day. She followed up in 2001 with roles in films like Ticker and House Party 3.

In 2016, Thomas booked the role of Zora Neale Hurston, a well-known author and anthropologist, in the Thurgood Marshall biopic Marshall. In addition, TLC produced a biopic in 2013 called CrazySexyCool: The TLC Story. Thomas' character was played actress and singer Keke Palmer. 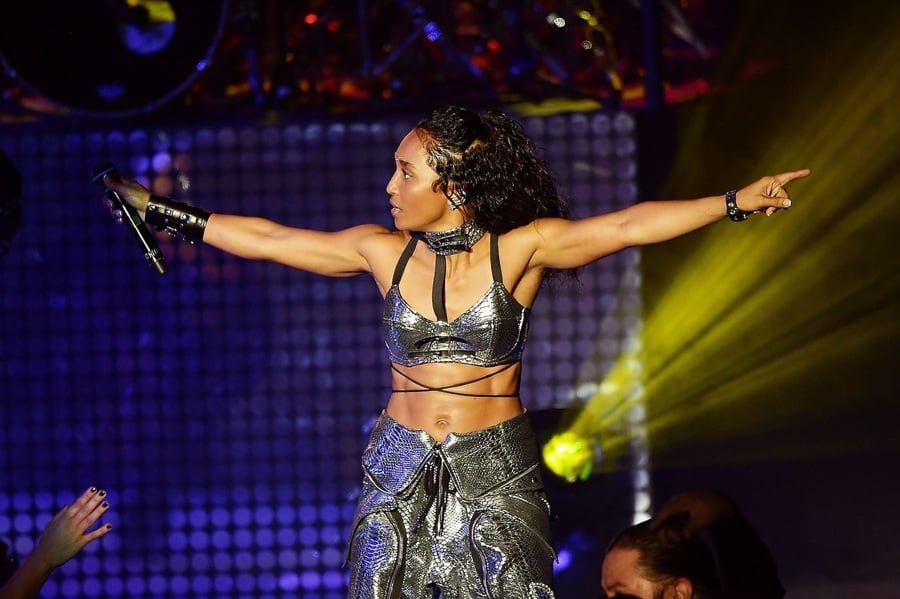 Other Ventures: In 2012, Thomas started a non-profit organization called Chilli's Crew. The organization's expressed mission is to help young girls develop strong self-esteem. Thomas also has her own line of handbags called Bags by Chilli. In 2018, she worked as a model for DAXO Luxury Loungewear.

In 2001, Thomas began dating Usher. By 2003, the relationship had ended, with Thomas suggesting that Usher had cheated on her. This resulted in considerable media attention, especially considering the title of Usher's album that year: Confessions. On his part, Usher didn't specifically deny cheating, but he did dismiss Thomas' allegation that infidelity had been the main cause of the split.

TLC Bankruptcy: Although TLC was one of the highest-grossing music groups of their era, the group members were forced to file for bankruptcy. In 1995, Thomas joined the other members of the group and filed for Chapter 11 bankruptcy, declaring debts of approximately $3.5 million. Many were left scratching their heads – after all, this was the same group that had sold millions of records with albums regularly achieving platinum status. They had just recently released the album "CrazySexyCool" which sold 14 million copies and supported an extremely successful worldwide tour.

Thomas and the other members of TLC would allege that they had signed an unfair contract with married producer/managers Perri "Pebbles" Reid and LA Reid. Perri managed the group through her company Pebbitone. LA's label LaFace Records, distributed their albums.

The lawsuit showed how their management and record label began charging the girls for various expenses such as flights, clothing, hotels, food, and everything you might associate with a celebrity lifestyle. The more famous they became, the bigger the bill became.

After lawyer fees and other expenses, each member of the group was typically left with just $50,000 a year. Clearly, this isn't a sum most people associate with a platinum-selling artist. The 1991 contract also stipulated that all three members would have to split just 56 cents per each album sold, which is obviously quite substandard. This is what ultimately led to the bankruptcy declaration of Rozonda Thomas and the other members of TLC. After two years of legal battles, they were allowed to renegotiate with LaFace for a more equitable deal. 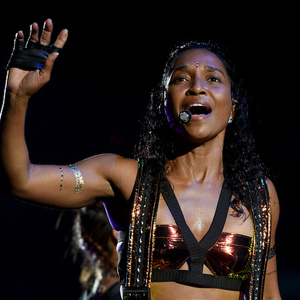