What is Roy Orbison's Net Worth?

Roy Orbison was a singer, songwriter, and musician known for his dark, complex songs and iconic black hair and sunglasses. At the time of his death Roy Orbison had a net worth equal to $20 million dollars, after adjusting for inflation. He had his greatest career success in the 60s with such hit songs as "Crying," "In Dreams," and "Oh, Pretty Woman." Later, toward the end of the 80s, Orbison had renewed success with the rock supergroup the Traveling Wilburys.

Roy Orbison was born on April 23, 1936 in Vernon, Texas as the middle son of oil-well driller and car mechanic Orbie and nurse Nadine. In 1942, the family moved to Fort Worth; there, Orbison went to Denver Avenue Elementary School, before a polio scare caused the family to move back to Vernon. Orbison first got interested in music around this time thanks to a guitar his father gave him for his birthday. At the age of eight, he started singing on a local radio program he would later become the host of. In 1946, Orbison moved again with his family, this time to Wink, Texas. As a teen, he formed the band the Wink Westerners with his friends, and performed at local honky-tonks. Orbison went on to attend North Texas State College, and then Odessa Junior College. Meanwhile, he continued to perform with the Wink Westerners on local television. Eventually, the group got its own show on KMID-TV, which led to another show on KOSA-TV. The Wink Westerners were soon renamed the Teen Kings.

In 1956, the Teen Kings signed a contract with Sun Records in Memphis. For the label, they re-recorded their song "Ooby Dooby," which became a modest hit when it made it to number 59 on the Billboard Hot 100. The Teen Kings went on to tour with Johnny Horton, Carl Perkins, Johnny Cash, and Sonny James. Eventually, the group broke up, and Orbison began writing music for other artists. For a brief while, he worked for the songwriting firm Acuff-Rose.

Success in the 60s

In the early 60s, Orbison signed with Monument Records and recorded the song "Uptown." He had his first significant hit a little bit later with "Only the Lonely (Know the Way I Feel)," cowritten with Joe Melson. The song made it to number two on the Billboard Hot 100, and number one in the UK. Following this, Orbison and Melson released a number of other hits, including "Blue Angel," "Running Scared," and "Crying." Between 1960 and 1966, Orbison had 22 singles that peaked inside the Billboard Top 40; some of them included "In Dreams," "Falling," "Mean Woman Blues," and "Blue Bayou." One of his greatest hits, "Oh, Pretty Woman," remained on the charts for 14 weeks. Thanks to Orbison's brooding public image, signature black hair and sunglasses, and morose ballads, he became one of the era's most popular music icons. 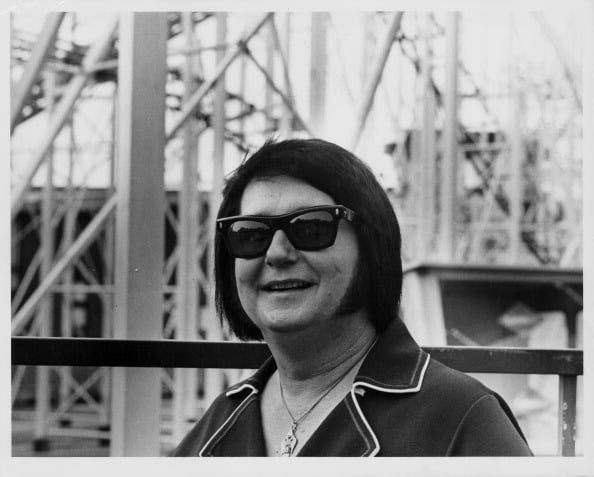 Upon the expiration of his Monument Records contract in 1965, Orbison was moved to MGM Records. However, he was unable to replicate his past success, as his first album for the label, "There is Only One Roy Orbison," sold poorly. Moreover, the burgeoning popularity of the British Invasion began driving Orbison from the charts. His misfortunes were compounded in 1966, when he fell off a motorcycle on tour in the UK and broke his foot in front of thousands of fans. Later in the year, while riding with his wife, he got into a crash that killed her instantly. Orbison attempted to get back into his work following this tragedy, partnering with Bill Dees to write music for the film "The Fastest Guitar Alive," in which he also starred.

While on tour in 1968, Orbison was informed that his Tennessee home had burned down, claiming the lives of his two eldest sons. He continued to work recording albums over the ensuing years, although none of them were successful.

Due in part to the many popular covers of his songs, Orbison began a career resurgence in the 80s. Early in the decade, he and Emmylou Harris won a Grammy Award for their duet "That Lovin' You Feelin' Again." Later, in 1987, he paired up with Bruce Springsteen to film a concert in Los Angeles. Orbison cemented his career resurgence the following year, when he formed the rock supergroup the Traveling Wilburys with Bob Dylan, Jeff Lynne, Tom Petty, and George Harrison. The band's debut album, "The Traveling Wilburys Vol. 1," was a critical and commercial hit, and received a Grammy nomination for Album of the Year. Following this, Orbison released a solo album entitled "Mystery Girl," which was released posthumously in 1989.

In 1957, Orbison married Claudette Frady; together, they had sons named Roy, Anthony, and Wesley. The relationship became a troubled one in the early 60s, when Frady had an affair with the contractor who constructed their new house in Tennessee. Other infidelities resulted in the couple's divorce in 1964. Two years after that, Frady was killed in a motorcycle accident while riding with Orbison. In 1969, Orbison wed German teenager Barbara Jakobs, with whom he had sons named Roy and Alexander.

Orbison faced some health struggles during his life. In 1977, he underwent a triple coronary bypass to fix obstructed coronary arteries. Before this, he had suffered from ulcers due to his heavy smoking. On December 6, 1988, Orbison passed away from a heart attack at his mother's home in Tennessee. 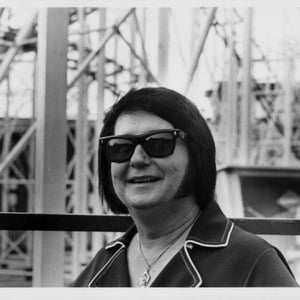