Roy Clark net worth: Roy Clark was an American country musician who had a net worth of $10 million at the time of his death in 2018. Born in Meherrin, Virginia on April 15, 1933, Clark was an active musician from 1950 right up to his death. He was best known for his role as host on Hee Haw, and he was often affiliated with Johnny Carson.

His musical expertise is in guitar, banjo, vocals, fiddle, harmonica, and mandolin. Clark is a member of the Grand Ole Opry as well as the Country Music Hall of Fame. He started playing banjo, mandolin, and guitar when he was fourteen years old and won two National Banjo Championships by the time he was fifteen. Clark is a jack of all trades with his experience in baseball, boxing, piloting, music, and acting. He signed to Capitol Records in 1963 and later to Dot Records, ABC Records and MCA Records. He opened the Roy Clark Celebrity Theater in Branson, Missouri 1983, and he has endorsed Gretsch, Mosrite, and Heritage Guitars. He can be seen in films such as Matilda, Country Comes Home, Uphill All the Way, Freeway, Gordy, and Palo Pinto Gold. In 1982, Clark won a Grammy Award for Best Country Instrumental Performance for "Alabama Jubilee." Roy Clark died on November 15, 2018 at the age of 85. 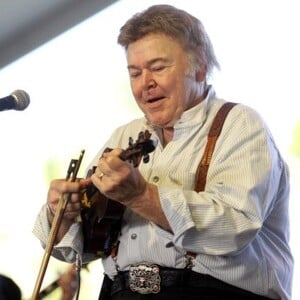