Rosanne Cash net worth: Rosanne Cash is an American singer-songwriter and author who has a net worth of $10 million. She is the eldest daughter of country music icon Johnny Cash and her music draws on many genres, including folk, pop, rock and blues.

In the 80's she had a string if hit singles, the most successful being, "Seven Year Ache," which topped the US country charts. Since 1991, she has released five albums, written two books, and edited a collection of short stories. Her fiction and essays have been published in The New York Times, Rolling Stone, The Oxford American, and New York Magazine, amongst other periodicals. She won a Grammy in 1985 for "I Don't Know Why You Don't Want Me," and has received twelve Grammy nominations throughout her career. Cash was born in Memphis, Tennessee in 1955 and the family moved to California, where she was raised, in 1958. She has three younger sisters, Kathy, Cindy and Tara and she has two stepsisters as well as one half brother named John Carter Cash. She married country music singer-songwriter, Rodney Crowell in 1979 and the couple have three daughters: Caitlin, Chelsea, and Carrie. Cash also has a stepdaughter named Hannah from Crowell's previous marriage. The couple divorced in 1992, and in 1995 she married John Leventhal. Cash and Leventhal have one son, Jakob. She released the album She Remembers Everything in 2018. She has won multiple Grammy Awards. 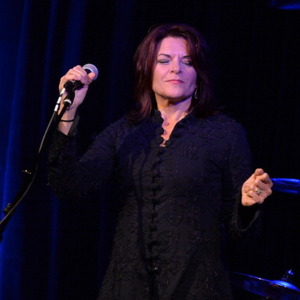