Milsap is blind and is known for being a successful crossover artist appealing to both country and popular music markets. His self-titled debut studio album was released in 1971. Milsap has released a total of 28 studio albums and had his first #1 with There's no Getting' Over Me in 1981. His other #1 album on the US Country charts was 1985's Lost in the Fifties Tonight. Milsap has had #1 singles with the songs "Pure Love", "Please Don't Tell Me How the Story Ends", "(I'd Be) A Legend in My Time", "Daydreams About Night Things", "What Goes On When the Sun Goes Down", "(I'm A) Stand by My Woman Man", "Let My Love Be Your Pillow", "It Was Almost Like a Song", "What a Difference You've Made in My Life", "Only One Love in My Life", "Let's Take the Long Way Around the World", "Back on My Mind Again", "Nobody Likes Sad Songs", "Why Don't You Spend the Night", "My Heart", "Cowboys and Clowns", "Smoky Mountain Rain", "Am I Losing You", "(There's) No Getting' Over Me", "I Wouldn't Have Missed It for the World", "Any Day Now", "He Got You", "Inside", "Stranger in My House", "Don't You Know How Much I Love You", "Show Her", "Still Losing You", "She Keeps the Home Fires Burning", "Lost in the Fifties Tonight (In the Still of the Night)", "Happy, Happy Birthday Baby", "In Love", "How Do I Turn You On", "Snap Your Fingers", "Make No Mistake, She's Mine", "Where Do the Nights Go", "Don't You Ever Get Tired (Of Hurting Me)", "A Woman in Love", and "Stranger Things Have Happened".

Milsap has won many awards including six Grammy Awards. 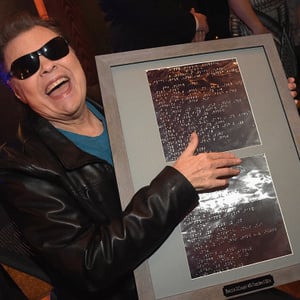