Ronnie Devoe net worth: Ronnie Devoe is an American R&B/soul singer who has a net worth of $15 million. Ronnie Devoe earned his net worth and fame as a member of the popular R&B groups New Edition and Bell Biv Devoe. Ronnie owes his music career to his uncle, New Edition choreographer Brook Paine, who brought him into the band.

New Edition caught the attention of record producer Maurice Starr after they came second in a singing competition in 1982. The group was quickly signed to Maurice's Streetwise record label. New Edition eventually would become one of the most successful R&B acts of the 1980s. After New Edition broke up in 1990, Ronnie and fellow New Edition alums Ricky Bell and Michael Bivins formed a new R&B act called Bell Biv Devoe. This group went on to become one of the biggest R&B acts of the 1990s. Bell Biv Devoe sold over 5 million copies of their debut album. They are most well-known for hits like "Poison" and "B.B.D (I Thought It Was Me?)". Bell Biv Devoe is still active today. The group performs regularly and in 2017 released their fourth studio album. Outside of music, Devoe is the co-owner of an Atlanta-based real estate agency called DeVoe Broker Associates. He has been married to singer Shamari Fears of the R&B group Blaque, since 2006. They have two children together. 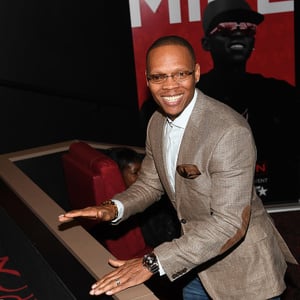