Rome Ramirez net worth: Rome Ramirez is an American singer and guitarist who has a net worth of $5 million. Rome Ramirez was born in Fremont, California in June 1988. He is best known for being the front man and guitarist of the band Sublime with Rome. Rome co-wrote "Lay Me Down" with The Dirty Heads and sang on the chorus. He has also worked with Enrique Iglesias on his 10th studio album. He also co-wrote the songs "Vagabond Blues" and "Castaway" with Dirty Heads and appeared on Blues Traveler's Blow Up the Moon. Sublime with Rome mainly performs covers of original Sublime songs. The band formed in 2009 and released their debut studio album Yours Truly in 2011 which reached #3 on the US Rock chart and #11 on the Billboard 200 chart. Their second album Sirens was released in 2015 and also reached #3 on the US Rock chart. Their single "Panic" reached #4 on the US Alternative and #10 on the US Rock chart. 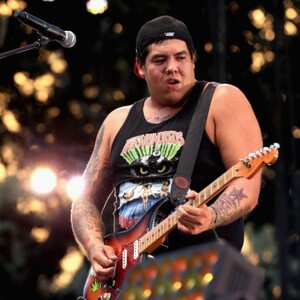