Rolf Harris net worth and salary: Rolf Harris is a Australian-British musician, entertainer, singer-songwriter, visual artist, and television personality who has a net worth of $19 million dollars. Rolf Harris was born in Perth, Western Australia, and was a champion swimmer as a child. He went on to graduate from the University of Western Australia and then earned a Diploma of Education from what is now called Edith Cowan University.

His talent as a visual artist was recognized when he was in his late teens. He was a finalist for the 1947 Archibald Prize and won the following year, as well as receiving other art-related accolades. After relocating to London in the early 50s, he attended the City and Guilds of London Art School, and began working on television as a live cartoon artist. He went on to create a popular act combining singing and painting. He wrote a number of popular theme songs and tracks, released 30 studio albums, created his own instruments, and enjoyed an extensive career on television. He was convicted of 12 counts of indecent assault on children ages 7 to 19 in June of 2014 and sentenced to six years in jail. Rolf has been married to his wife Alwen Hughes since 1958, together they have one child named Bindi. 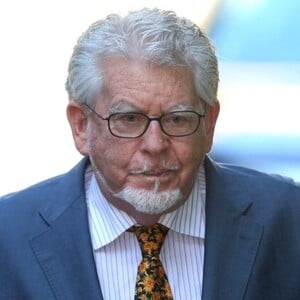