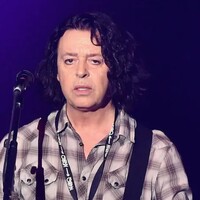 What is Roland Orzabal's Net Worth?

Roland Orzabal is a British musician, songwriter, and record producer who has a net worth of $40 million. Roland Orzabal is best known for co-founding and being a member of the English pop rock band Tears for Fears. He has been the only constant member of the group, having appeared on every Tears for Fears album from "The Hurting" in 1983 to "The Tipping Point" in 2022. Among his other credits, Orzabal released a solo album and penned a romantic comedy novel.

Their debut studio album The Hurting was released in 1983. The album reached #1 on the UK Albums chart and was certified Platinum in the UK as well as Gold in the US. Their 1985 album Songs from the Big Chair reached #1 in the US, Germany, and The Netherlands and #2 in the UK and New Zealand. The album was certified 7x Platinum in Canada, 5x Platinum in the US, and 3x Platinum in the UK. Their third album The Seeds of Love in 1989 was #1 in the UK and reached the Top 10 in the US, France, Germany, the Netherlands, Switzerland, Sweden, New Zealand, and Italy. Their two biggest hits were "Shout" and "Everybody Wants to Rule the World" which both reached #1 on the US Billboard 200, and both of which continue to be heard in commercials, TV shows, and movies to this day. Tears for Fears has sold more than 30 million albums worldwide and over 8 million in the US. Orzabal released his solo studio album Tomcats Screaming Outside in 2001. His novel Sex, Drugs, and Opera was published in 2014. He has won two Ivor Novello Awards for songwriting.

Roland Orzabal was born as Roland Jaime Orzabal de la Quintana on August 22, 1961 in Portsmouth, Hampshire, England. He is of Spanish and Argentine descent. As a youth, Orzabal was raised in Havant and Bath. In the former town, he went to Culverhay School and joined the Zenith Youth Theatre Company. Orzabal started writing songs at a young age.

When he was a teenager, Orzabal performed with his classmate John Baker at local pubs and clubs. They would often open their shows singing Simon & Garfunkel's "Mrs. Robinson" from the popular film "The Graduate." Thus, the pair started performing under the name Graduate. They soon added drummer Andy Marsden, keyboardist Steve Buck, and bass guitarist Curt Smith, a friend of Orzabal. In 1980, Graduate released its debut album, "Acting My Age," which spawned the single "Elvis Should Play Ska." Not long after completing a grueling tour of Germany in late 1980, Orzabal left the band.

Following his departure from Graduate, Orzabal went with his fellow band mate Curt Smith to join the new wave group Neon. The group was composed of founders Pete Byrne and Rob Fisher, plus members Neil Taylor and Manny Elias. Neon released a handful of singles before disbanding in late 1981. 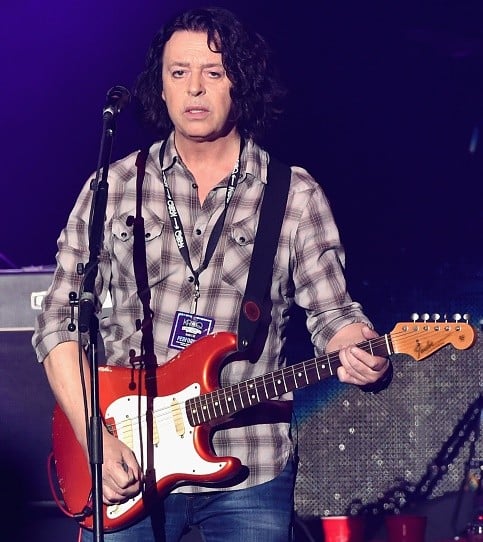 Orzabal has had by far his greatest professional success with the pop rock band Tears for Fears, which he founded with Curt Smith in 1981. Associated with the new wave synthesizer groups of the era, Tears for Fears also took inspiration from the writings of psychologist Arthur Janov. Orzabal serves as guitarist, vocalist, and primary songwriter of the band. In 1983, Tears for Fears released its debut album, "The Hurting." A major success, it went to number one on the UK Albums Chart and spawned three hit singles: "Mad World," "Change," and "Pale Shelter." The group had another huge hit with 1985's "Songs from the Big Chair," which reached number one on the Billboard 200 in the US. Moreover, it launched two number-one US singles, "Shout" and "Everybody Wants to Rule the World." Tears for Fears continued its success in 1989 with "The Seeds of Love"; debuting atop the UK Albums Chart, it spawned the hit singles "Sowing the Seeds of Love," "Woman in Chains," and "Advice for the Young at Heart."

Despite the commercial success of their band, Smith and Orzabal had a falling out that resulted in their split in 1991. Orzabal continued to record under the Tears for Fears name, releasing the albums "Elemental" and "Raoul and the Kings of Spain" in the 90s. Eventually, at the dawn of the new millennium, Orzabal and Smith reconciled. They went on to release the album "Everybody Loves a Happy Ending" in 2004. The next album by Tears for Fears, "The Tipping Point," didn't come out until 2022. However, the wait was worth it, as the critically acclaimed album gave the band its highest chart position in 30 years.

As a producer, Orzabal has been notable for his work with singer and pianist Oleta Adams, whom he helped discover. In 1990, he co-produced her hit album "Circle of One" and co-wrote the album's lead track "Rhythm of Life."

Among his other producing credits, Orzabal co-produced the album "Love in the Time of Science," by Icelandic singer-songwriter Emilíana Torrini. He also co-wrote a pair of tracks for the album, "Wednesday's Child" and "Baby Blue."

Orzabal made his debut as an author in 2014 with his romantic comedy novel "Sex, Drugs & Opera." The book focuses on a middle-aged pop star named Solomon Capri who decides to participate on the reality television show "Popstar to Operastar" in order to rehabilitate his career and struggling marriage.

In 1982, Orzabal wed Caroline Johnston, his girlfriend since his adolescent days. Together, they had two sons. Johnston passed away in 2017 from alcoholism-related cirrhosis and dementia. Five years later, Orzabal married photographer and writer Emily Rath.