Roger Troutman net worth: Roger Troutman was an American singer-songwriter, musician, composer, and producer who had a net worth of $1 million. Roger Troutman was born in Hamilton, Ohio in November 1951 and passed away in April 1999. He was the founder of the band Zapp and was well known for using a vocoder (talk box).

He joined Parliament-Funkadelic towards the end of the band and played on their final album The Electric Spanking of War Babies. Troutman and his brothers were in different bands together and were discovered by George Clinton who signed the band Zapp to his record label in 1979. The band's self-titled debut studio album was released in 1980 and reached #1 on the US R&B charts and was certified Gold. Their albums Zapp II in 1982, Zapp III in 1983, and The new Zapp IV U in 1985 all made the Top 10 of the US R&B charts. Zapp went on to release the albums Zapp Vibe in 1979 and Zapp VI: Back by Popular Demand in 2001. Zapp had a #1 hit on the US R&B charts with "Dance Floor" and #2 with "More Bounce to the Ounce". Troutman released his debut solo studio album The Many Facets of Roger in 1981 and the album reached #1 on the US R&B chart. He would release a total of four studio albums and had #1 hits with "I Heard It Through the Grapevine" and "I Want to Be Your Man". Troutman was also featured on the #1 hit "California Love" by 2pac with Dr. Dre in 1995. 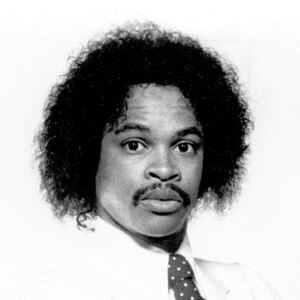