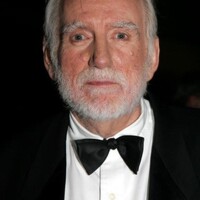 Rod McKuen net worth: Rod McKuen was an American singer-songwriter, musician, and poet who had a net worth of $20 million. Rod McKuen was born in Oakland, California in April 1933 and passed away in January 2015. McKuen was one of America's best-selling poets in the late 1960s. He recorded popular music, spoken word poetry, classical music, and film soundtracks. McKuen was nominated for a Pulitzer Prize as well as two Academy Awards for his musical compositions. He translated and adapted songs by Jacques Brel which gained him popularity in the English speaking world. According to the Associated Press McKuen sold more than 100 million records and 60 million books worldwide. He wrote more than 1,500 songs which have been performed by artists such as Barbra Streisand, Perry Como, Waylon Jennings, Petula Clark, The Boston Pops, Johnny Cash, Chet Baker, Johnny Mathis, and Frank Sinatra. He was nominated for Academy Awards for composing in the movies A Boy Named Charlie Brown and The Prime of Miss Jean Brodie. Rod McKuen passed away on January 29, 2015 at the age of 81.