Rockie Lynne net worth: Rockie Lynne is an American country music singer and musician who has a net worth of $6 million. Rockie Lynne was born in Statesville, North Carolina in November 1964. His self-titled debut studio album was released in 2006 and reached #4 on the US Heatseekers chart and #29 on the US Country chart.

Rockie Lynne released the albums Twilight in 2007, The Early Years in 2010, The Dam Show in 2010, Songs for Soldiers in 2010, and Radio Road in 2014. His single "Lipstick" reached #29 on the US Country chart. He bough ta guitar from his uncle at 12 years old. Lynne served in the United States Army and then attended the Guitar Institute of Technology on the GI bill. He moved to Nashville, Tennessee and was a backing musician for artists including The McCarters and Noel Haggard. He started the organization Tribute to the Troops. 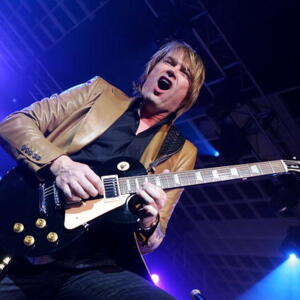