Rocío Dúrcal net worth: Rocío Dúrcal was a Spanish singer and actress who had a net worth of $8 million. Rocío Dúrcal was born in Madrid, Spain in October 1944 and passed away in March 2006. Her debut studio album was released in 1962 and she released several albums on the labels Philips-Phonogram, Ariola Eurodisc, BMG, and Sony BMG.

Rocío Dúrcal's debut single "La Guirnalda" reached #1 on the US Latin chart and her other singles "Como Tu Mujer" and "El Destino" (with Juan Gabriel) also reached #1 on the same chart. As an actress she starred as Ana on the television series Los negocios de mama in 1997 and in several films including Say It with Flowers, Marianela, Cristina Guzman, and Love in Flight. In 1966 she won a National Syndicate of Spectacle Award for Best Female Star. She won a Latin Grammy Award for musical excellence in 2005. Rocío Dúrcal passed away on March 25, 2006 at 61 years old from uterine cancer. 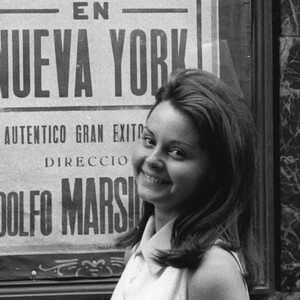